The lowest distance of two points on two curves

Dominik Cech on 12 Jan 2022
⋮
Edited: John D'Errico on 12 Jan 2022
Hello,
I have two curves. Each is made of 100 points with X, Y and Z coordination. How do I find for each point on one curve point on the second one which has smallest distance betwen them? Someone told I have to brute force it but I realy dont know how to do it. 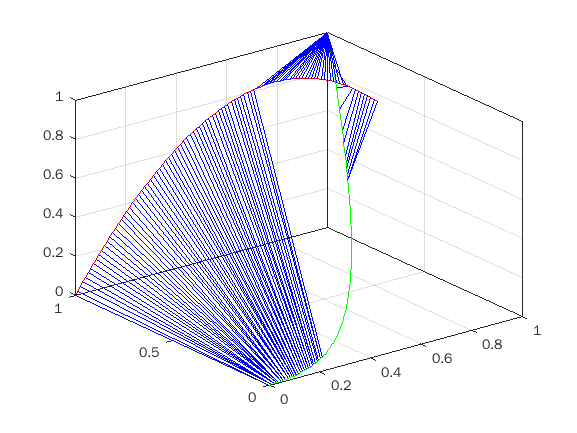