How to change the execution mode of the real-time application in slrt from Singletasking to Multitasking?

liqun fang on 2 Apr 2022
⋮
Commented: liqun fang on 5 Apr 2022
Accepted Answer: Dimitri MANKOV
As shown in the figure below，I create a simulink model that have 3 unrelated tasks. I hope these tasks can simultaneously run on different cores of the target computer cpu. What should I do? I try to build this model into Real-Time Multitasking Execution mode. 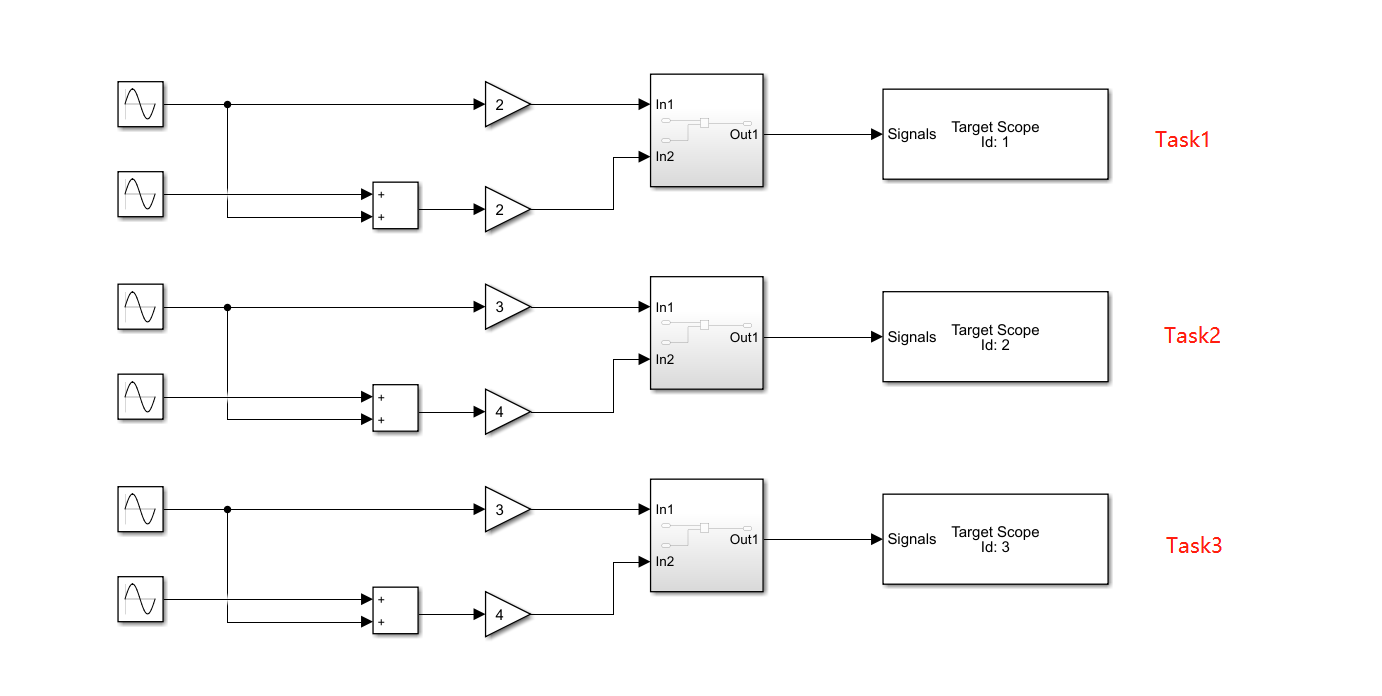 As shown in the figure below，I chose the Allow task execute concurrently on target option in the Solver pane. Furthermore，the get_param function return the MultiTasking result. 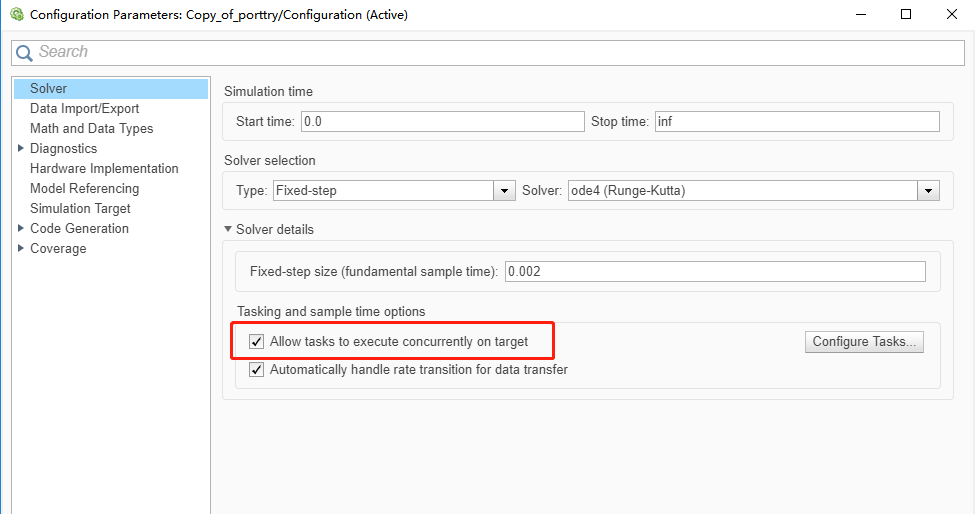 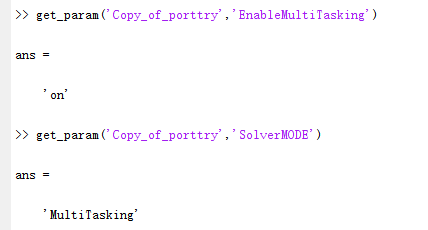 But, when i load this real-time application into the target and run it. The application execution mode is still Single-Tasking.

So, How to change the execution mode of the real-time application from Singletasking to Multitasking?

Dimitri MANKOV on 4 Apr 2022
⋮
Hi Liqun,
This is most likely due to the fact that your model uses only one sample rate. You can confirm this by highlighting the blocks of your model according to their sample time, see here.
By default, Simulink Coder can automatically partition the model into several tasks only if there are multiple rates defined in the model. Then each rate would get its own task.
If you need to run blocks that use the same step size in different tasks, you need to use explicit (manual) partitioning. You can find an example showing how to do that here.
Best,
Dimitri

⋮
Hi Dimitri,
Thank you very much for your reply. I have understand the relationship between sample rate numbers and task numbers. If a model is a multirate , the coder will automatically partition the model into several tasks according the different sample rate. But if model only have one sample rate, the coder simply generate one task.
In addition, I have further questions.
Q1: For simulink real-time, will the multiple tasks that generated from a multirate model run in different cores for multicore CPU? For example , task1(base sample) run in core 1 and task2 run in core2.
Q2: For simulink real-time, will the single tasks that generated from only one base sample model only run in a core? For example , the single tasks occupy a fixed core to run.
Hope your reply. Best regards.
Fang Liqun

⋮
That's correct: each task runs on a separate CPU core. The core assignment is done automatically, the user has no control over that. Tasks are sorted by priority (lower step size => higher priority), and a task can be preempted ("paused") to free a CPU core for a task with higher priority if necessary.

⋮
Thank you again for your reply.