Is it possible to use GraphicsSmoothing for lines and not for the figure box?

Daniel on 25 Jun 2015
⋮
Commented: Mike Garrity on 14 Jul 2015
Accepted Answer: Mike Garrity
I see the benefits of having graphics smoothing option, available now since 2014 versions. However, I noticed that the smoothing is applied to all the elements in the figure. Is it possible to switch on the smoothing for the plotted lines, while switching it off when generating the figure's axis lines and box?
I have generated two examples, with and without smoothing.
WITH SMOOTHING ON: << 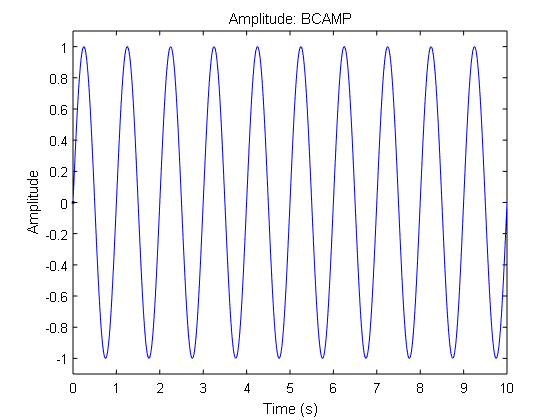 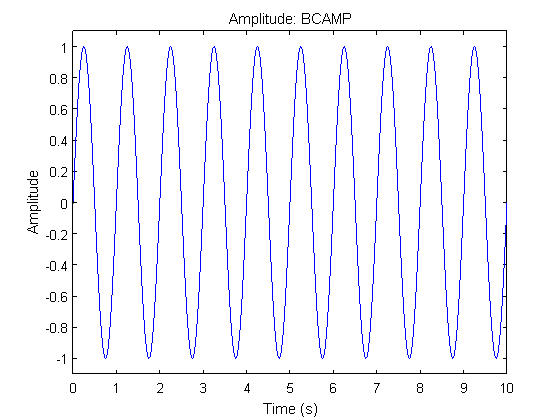 I would like to have the generated figure as in the WithSmoothing case. But also the axes lines and figure box as in NoSmoothing case, where they appear very sharp and thin. I also would like to set this new configuration as default in my Matlab session.
Note: To switch on/off the smoothing option I use the following command lines: set(groot,'DefaultFigureGraphicsSmoothing','off'); or set(groot,'DefaultFigureGraphicsSmoothing','on'); 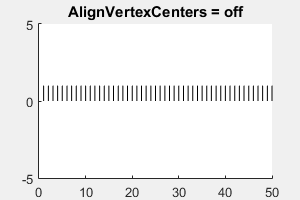 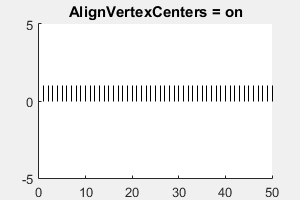 With AVC, the spacing between the lines isn't consistent, but the lines look quite crisp.
One possibility is that the LineWidth of your axes is large enough that the edges are touching multiple pixels. The default line with is 1/2 point (1/36th inch). The number of pixels that maps to is a function of your screen resolution. The math looks like this:
get(groot,'ScreenPixelsPerInch')*get(groot,'DefaultAxesLineWidth')/72
If that returns a number which is greater than 1, then you could try turning DefaultAxesLineWidth down a little bit.
I really need to do a post for my blog that explains all of the details.

⋮
Thanks for the clear answer.

⋮
I did do a more detailed writeup on the graphics blog. Hope that's useful.