How to combine face detection with mobile robot path planning in order to navigate a robot up to a fallen person's head?

Callum McMenemy on 21 Mar 2018
⋮
Edited: Callum McMenemy on 21 Mar 2018
Our masters project is the design and construction of a home care mobile robot. The robot must navigate up to the head of a fallen person (having detected a fall) and then begin interaction in order to determine the state of the individual. Currently, path planning is being implemented with an A* algorithm in tandem with a lidar turret in order to provide collision avoidance. A MATLAB script is being run in order to detect the face of the fallen person, I would like to combine these separate subsystems such that when the face is detected, this becomes the new target in the path planning script. My idea is to use the bounding box drawn by the face detection script as a target. I'm looking for advice on how to instruct the robot to rotate in order to make the bounding box in the centre of it's vision frame, and then proceed forward in order to reach the fallen person's head.

⋮
The question is very general. Many information are not needed to define the problem clearly. Better post, what the inputs are (a picture?) and what you want to achieve (calculating the its 3D position?). I do not think that the readers can guess how to instruct your robot to change its position without knowing anything about the interface. 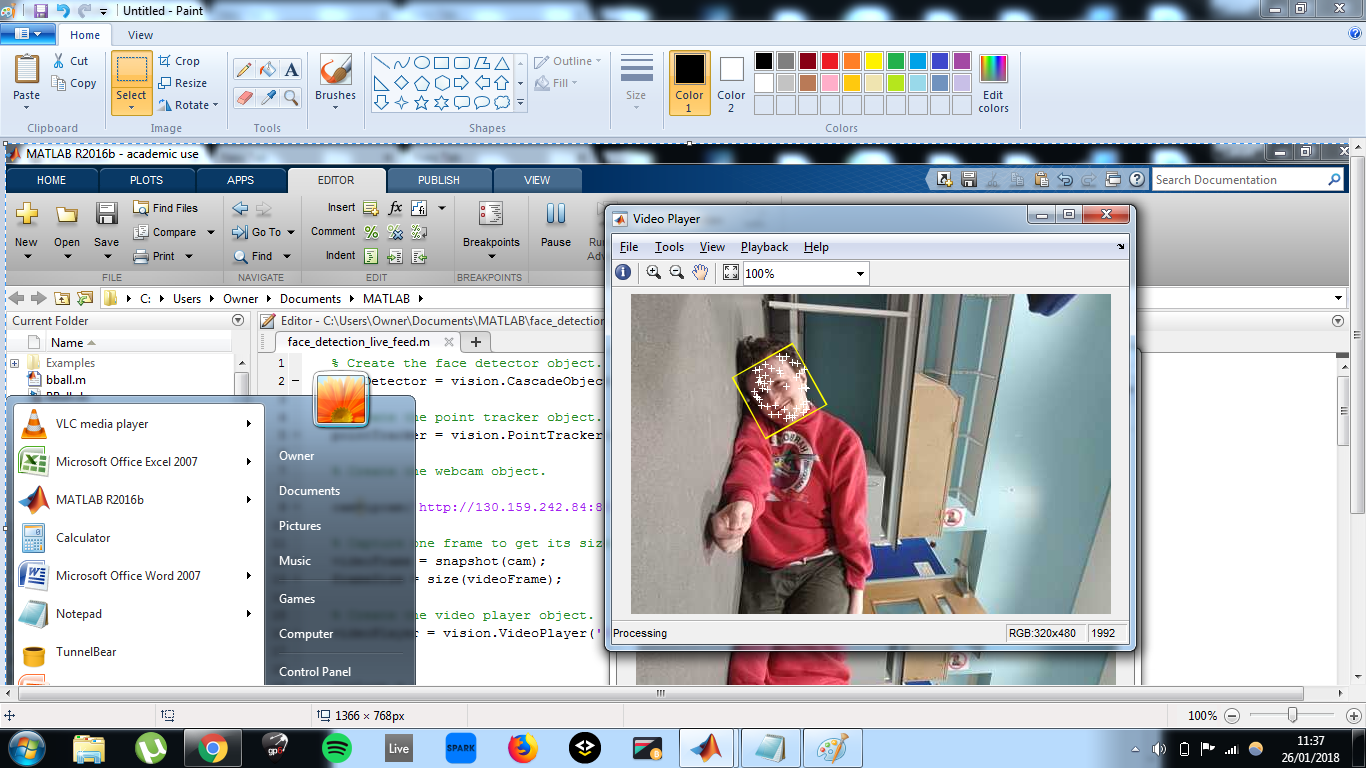 Thanks for your reply, I will try and be more specific. We are using an android handset which is docked into the front of our mobile robot. The handset is running an IP Webcam app, the video feed from this app is imported via the URL into MATLAB. Face detection and tracking is performed on this live video feed, I have attached a picture showing a fallen person with the bounding box around the head. The problem is confined to two dimensions as we are using a single camera. My initial thinking is that if a variable can be created for the bounding box (which gives the area), then this could be used within the path-planning script. My idea being to use a loop which causes the robot to move forwards as long as the area of the bounding box increases (that is to say the robot is moving closer to the head). We have a wifi module on the mobile robot which is taking care of comms between the robot and the computer, so this query is regarding the integration of the face detection and path planning scripts which are both running in MATLAB