What is the best way to find angles between these two lines?

Steve on 10 Oct 2019
⋮
Commented: Steve on 12 Oct 2019
Accepted Answer: Jim Riggs
I have a file (closest_central_points.m) that has a group of 10 closets central points. I have another file (fpep.mat) that has a group of 950+ central points and endpoints triplets. I have third file (closest_central_points_chords.m) that has a line (chord) created from one central point to another. I need an efficient way to find and store the angles between these chords and the lines made between the central points and the endpoints (see attached pic). I have also attached related files. Thanks in advance for your help! 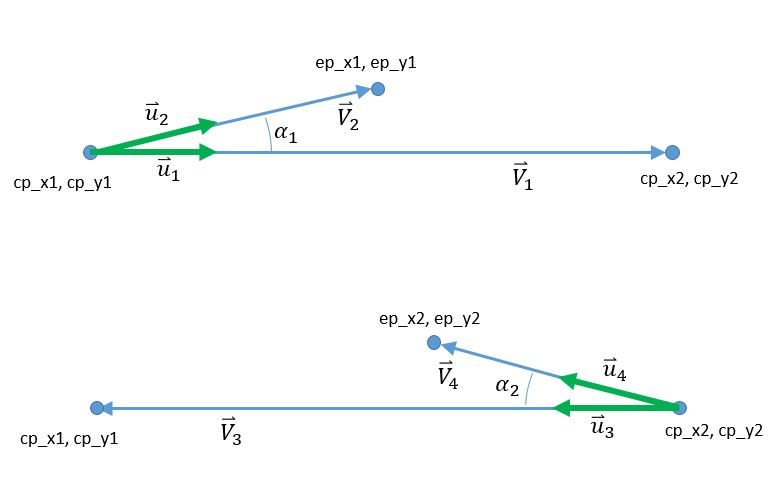 ⋮
Everthing looks great--Thanks so much for your help and effort! I am really not sure of how to apply these types of equations to the actual variables generated in the attached files (given the specific configuration of the code). I believe I will need to modify the attached code, because I need to have the specific sets of 10 endpoint triplets properly associated with the 10 central points found in the attached code (see pic). 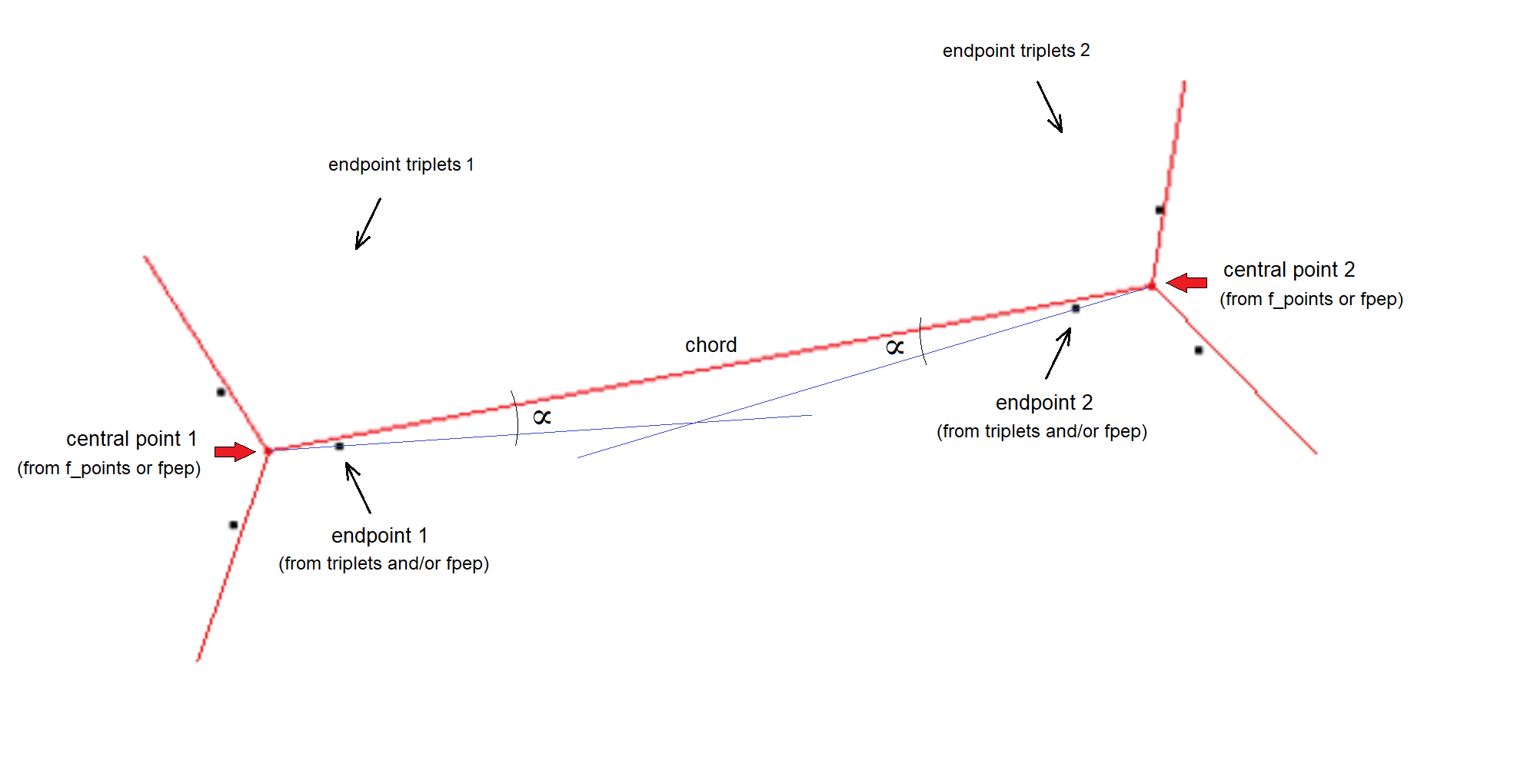 ⋮
You will need to identify points along each line which can be used to define two vectors. Both vectors should have the same tail point, then the dot ptoduct of those two vectors will give the cosine of the angle between them.
In your figure, it appears that one of these lines is the chord line, and the other is defied by one end of the chord line and the "end point".
Construct the vectors as I have shown, above, by defining them as "head point" - "tail point".
It looks like you want the vector head to be at an end point, and the tail at the central point.
Also note that once you have constructed one vector for the chord line, e.g. V1 in my figure, now V3 = -V1. and u3 = -u1.

⋮
Thanks again Jim. Your help is very much appreciated. What I really need help with is how to rewrite the code such that I can properly and easily call on the correct variables for input into the equations.

⋮
Your code looks rather involved.
Perhaps you could zero in on more specific questions.

⋮
If you take a look at the attached files you will probably see exactly what I'm trying to say.
What I need to know is how to find (and store) the angles between these chords and the lines made between the central points and the endpoints, by using the variables within the files.

⋮
I basically need 10 nearest central points, along with their 10 respective triplets (clusters of 3 endpoints), identified, indexed, and stored within a single variable.

⋮
If you take a look at the attached is a graph, you can see the 10 chords created by the (closest_central_points_chords.m) code. Ultimately, I need to identify the central points that produce the smallest angles with their corresponding endpoints (within their respective endpoint triplets--in this case, labeled 1,2, & 3). So, I first need to be able to identify the correct endpoints and group them together with their corresponding central points. Then I can use the vector equations to find the angles. Thanks again for all your help! 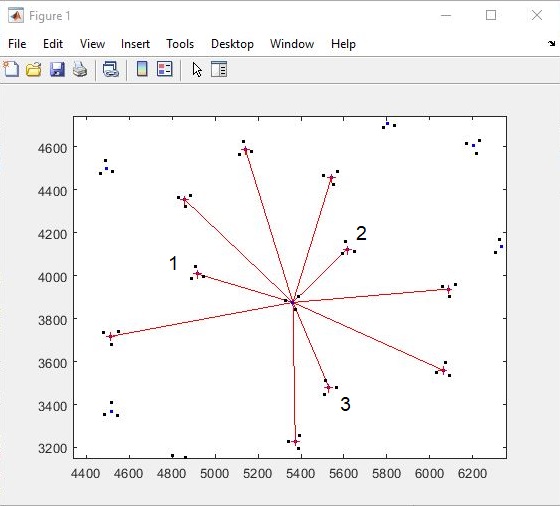 ⋮
One way to do this is to define a structure that contains all of the information that you want, and as the values are calculated you put them into the structure. When you are done, wou have all of the information in one place and organized as you like. I like this method because it allows you to package a lot of parameters together in one place.
For example, you might start with defining the structure and placing your data in the structure;
load('Triplets.mat');
struct.Triplets = Triplets; % creates a structure named "struct" and
% places the Triplets array in the structure.
Run your script to calculate fpep from Triplets, and add it to the structure;
struct.fpep = fpep;
At this point, the structure contains two sets of data;
struct.Triplets
struct.fpep
Add your user-specified parameters that will be used to perform calculations on the data:,
struct.refpt = 290; % reference point to start from
struct.n = 10; % number of nearest points
As you perform calculations, keep adding variables to the structure as they are computed; anything that you want to keep.
struct.xyNearest = xyNearest;
struct.IZ = IZ;
struct.chord = chord;
... etc.
When you are done, you have a single structure that contains everything that you want, including the original data. You can pass this structure around in your code as an argument to a function. This is a very handy technique to maniupulate a lot of data and variables in one package.

⋮
Thank you for all your help Jim! You really know your stuff.