Rafael Cordero on 17 Oct 2020
⋮
Hello all,
I'm getting an error on Simulink regarding the selector block.
My circuit looks like this: 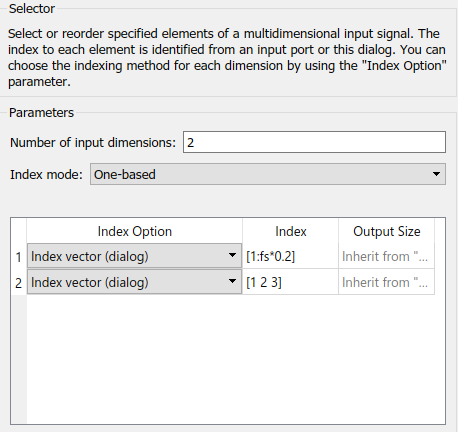 This gives the following error when I run it:
I don't understand why dimension 2 must be in the range 1 to 1. Further, if I do what it says (it wont do what I want it to but just for argument's sake), it then gives me the same error but for dimension 1, so that it only runs if the output is dimension 1x1.
I've tried to work around this isse but to no avail.
Any ideas why I'm getting this error and how I can circumvent it/address it?
Thank you.