Introduced in R2016b, string arrays are a new way to represent text in MATLAB. They are designed and optimized specifically for working with and manipulating text. You can index into, reshape, and concatenate string arrays using standard array operations.

Starting in R2017a, you can use double-quotes to create string arrays. You can use string arrays for data, properties, and name-value pair arguments nearly everywhere in MathWorks products as of R2018b.

Text manipulation functions including startsWith, contains, and insertAfter are concise, descriptive, and task-focused. You can write more efficient, readable, and maintainable code using over a dozen convenient operations. These functions also work with character vectors (char) and cell arrays of character vectors (cell). 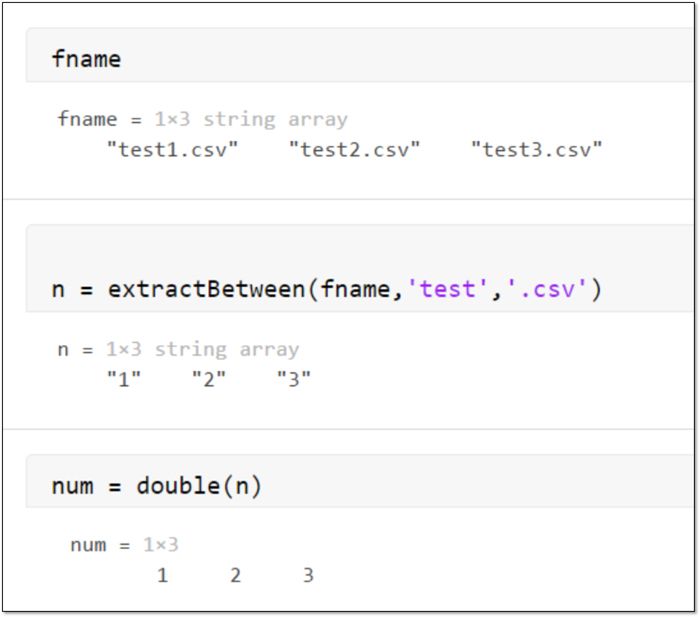 Text Analytics Toolbox™ builds on string arrays with algorithms and visualizations for preprocessing, analyzing, and modeling text data. Models created with the toolbox can be used in applications such as sentiment analysis, predictive maintenance, and topic modeling. You can extract text from popular file formats such as PDF and Microsoft® Word® files, preprocess raw text, extract individual words, and build statistical models. 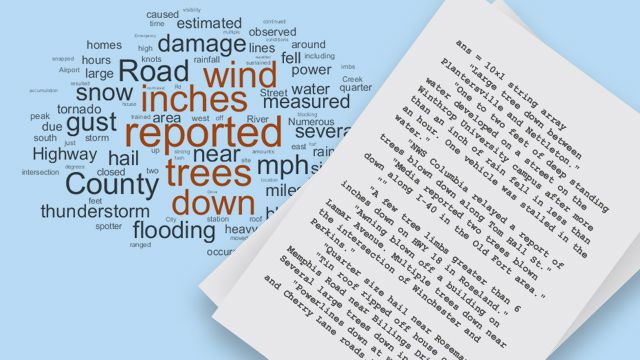 MathWorks is taking the following steps to address code compatibility from release to release:

If you maintain code for others, you should update your code to accept strings as well. Learn how from the following blog post: Accept string inputs in your code.

When Not to Use String Arrays

You can use string arrays for text data nearly everywhere in MATLAB code, but they are not intended to be used for:

Working with Text in MATLAB

Updating Your Code to Accept Strings

Get a Free Trial

30 days of exploration at your fingertips.

Are You a Student?

Get MATLAB and Simulink student software.