From the series: Design of Networked Wireless Transceivers

Simulink® modeling of wireless networks is the first step in using Model-Based Design prototype and implementing the networks. We developed a Simulink system model for a relatively complete wireless network. The modeled wireless network uses packetized data and half-duplexing on transmission and receiving, like those employed in WLAN, IOT, and TD-LET. The model provides insight into using Simulink to simulate a wireless network. It also shows efficient implementations for some key functions in communication systems, such as a radio network with bi-directional paths, decision feedback equalizer, head/frame CRCs, and MAC layer. With this model, various system behaviors can be studied, including: 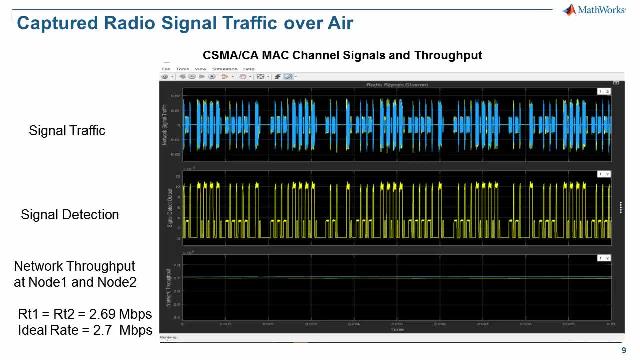