histogram of x and y data from a txt file

masoud meskin on 29 Nov 2021
⋮
Commented: Star Strider on 29 Nov 2021
Accepted Answer: Star Strider
Hi guys!
The attached txt file contains the infromation of mesh quality generated in a CAD model. The 1st column represents the "skewness" and the 2nd column represents the "number of elements". How i can plot the histogram of the data, in which the x axis shows the skewness and y axis shows the number of elements, like the attached figure?
Thank you
Masoud 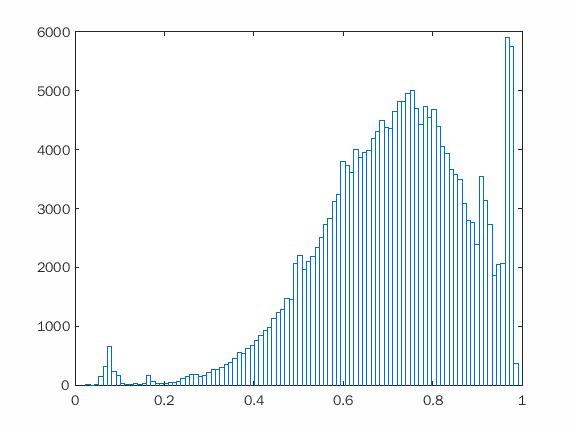 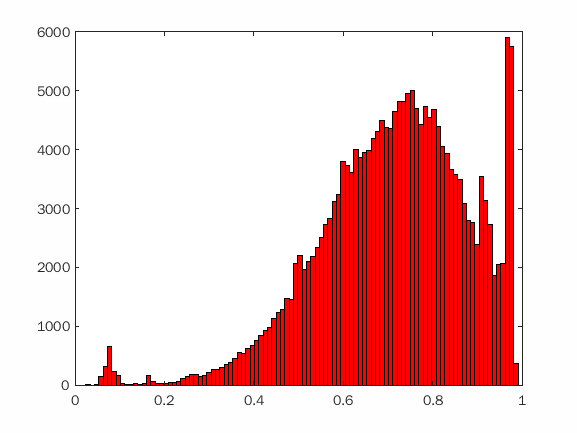 Experiment to get the desired result.
.

⋮
OMG! i didn't even try to plot it. I started with histogram(x) function and i got confused.
By the way, thank you for the help.

⋮
As always, my pleasure!
.

https://en.wikipedia.org/wiki/Skewness
I've heard of the skewness of a histogram but I've never heard of a histogram of skewnesses, though it's possible. For example you could read in 400 images and compute the distance between an actual (x,y,z) coordinate on the 3-D printed (or blow molded) physical object, and the desired (x,y,z) coordinate of the CAD model, and then get a histogram of the distances and compute the skewness of the disance errors for each image (CAD file) (based on it's histogram), then you could get a distribution of those skewnesses (over all CAD files), where the bin value is the skewness and the y value is the count.
What's puzzling me is that none of your skewnesses are more than 1, or less than 0. I mean, I guess it could happen, like if your distributions were just very slightly lopsided to the right, though the huge spikes near (but not exactly at) 1 are also puzzling.
So I just wanted to make sure that you're getting your skewnesses correct and you really have a distribution of skewnesses and not some other type of distribution, like distribution of gray levels, or particle sizes, or distance deviations between physical model and CAD model, or whatever.

⋮
Thank you so much for the generous help. This skewness is an indicator of the quality of the grids (mesh elements) used in finite element, finite volume or finite difference mthods to estimate the solutions of partial differential equations. it is the result of

and that's why its value is between 0 and 1. So the mesh elements with skewness value close to 1 have optimal quality and below 0.1 have poor quality. https://en.wikipedia.org/wiki/Types_of_mesh
But let me use this opportunity to ask what is your opinion about this histogram? i say because the histogram has a short thin tail and it is skewed to right, it indicates that the quality of the mesh is good. Do you have further observations?