Paul on 6 Mar 2022
⋮
Ran in:
The code below illustrates the analysis for one component of the signal. It can be adapted to include both components of the signal.
Note the two key differences between this code and the code in the question, both of which are noted below.
First, compute the exact CTFT
syms t w f
g(t) = rectangularPulse(-0.5,0.5,t/2);
G(w) = simplify(fourier(g(t),t,w))
G(w) = 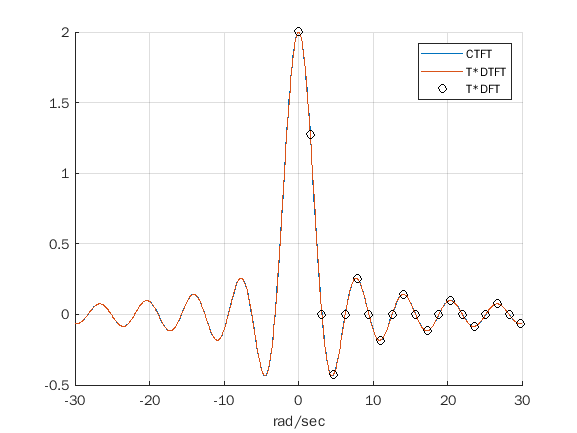 Note that starting with the third point of the DFT every other point is zero, which would result in a triangular look if we plotted the abs() of the three curves and connected the samples of the DFT.

⋮
Thank you for your answer, it was very useful ! 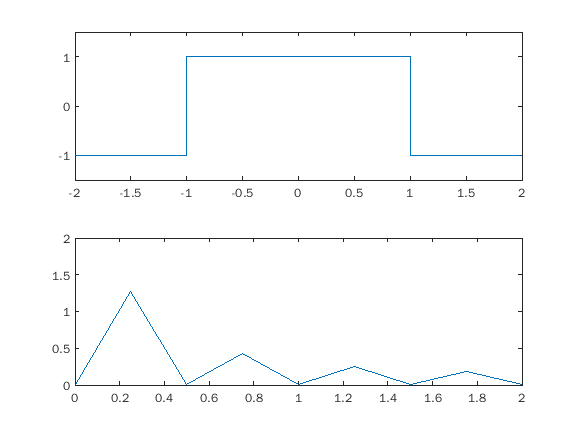 ⋮
Thanks a lot for your answer !