How to I ensure that a triggered subsystem is run after the supersystem in Simulink?

Nikolas Haimerl on 3 Sep 2019
⋮
Edited: ariel bintang on 4 Nov 2019
Accepted Answer: Raj
Hi,
I have Simulink system that is connceted to a If Action Subsystem wiht two inputs and an AND condition for the IF block. The goal is to give the subsystem initial conditions from the supersystem, which are labeled with "qp". The supersystem should stop running after the first time the If Action Subsystem was triggered. The Subsystem however should be running for another 100 iterations and then output its results to the supersystem where it is displayed by a Scope block.
So far I managed to initialize the Super and Subsystem, but I couldnt manage to run the two system one after another rather than simultaniously as described above.
I would be very grateful for any help!! 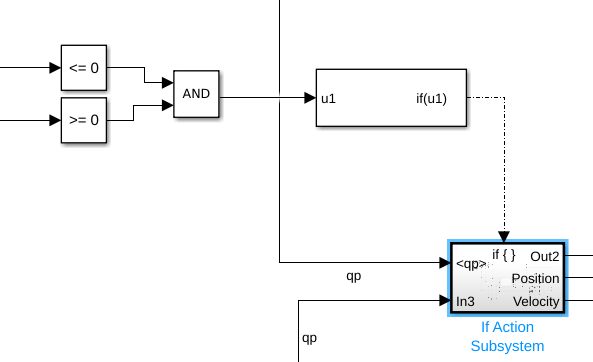 ⋮
Thank you so much !