switch between colors on image

Stas on 5 Nov 2012
⋮
Edited: DGM on 2 May 2022
Accepted Answer: DGM
hey
How can I switch the red color with the green color on image i mean the red will become green and green become red ?
thanks

⋮
That will work.

DGM on 2 May 2022
⋮
Edited: DGM on 2 May 2022
A lot of people are looking at this old thread, so I assume their needs are not necessarily the same as the OP. I think when most people say "I want to change one color to another", they don't intend what a channel swap would cause.
For example, let's start with this image: 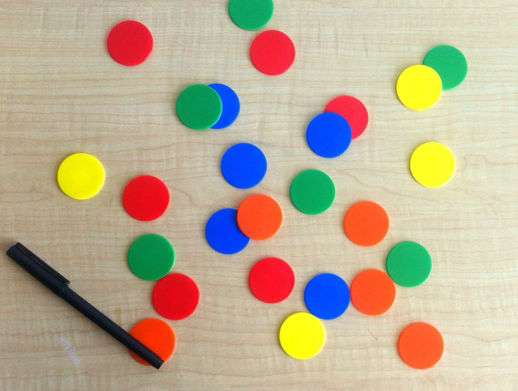 In order to swap channels, you don't need to make a pile of temporary images or split anything. Just use basic indexing. Just one line.
% do a basic channel swap
inpict = imread('coloredChips.png');
outpict = inpict(:,:,[2 1 3]); % swap R and G
imshow(outpict) 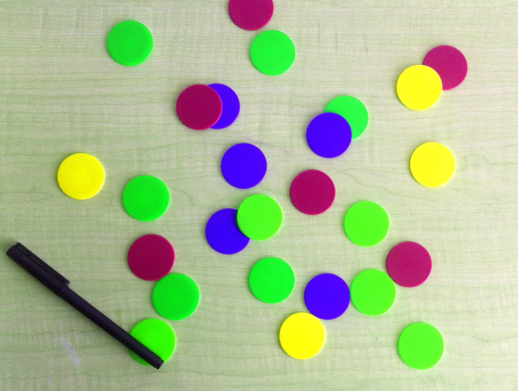 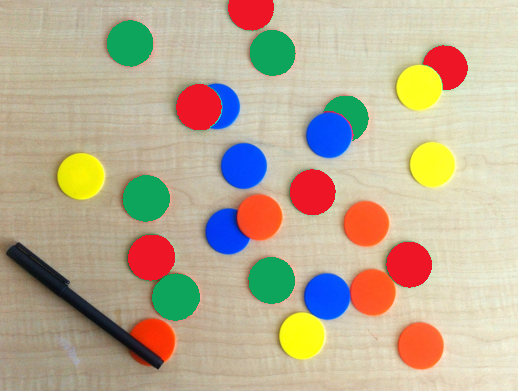 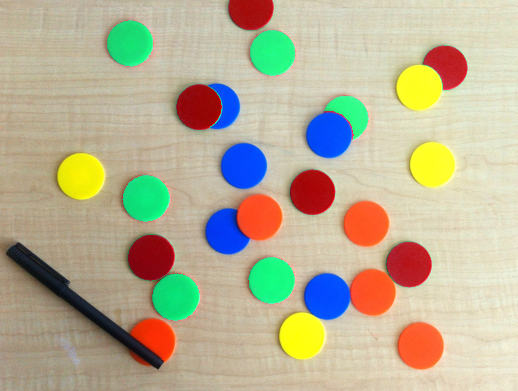 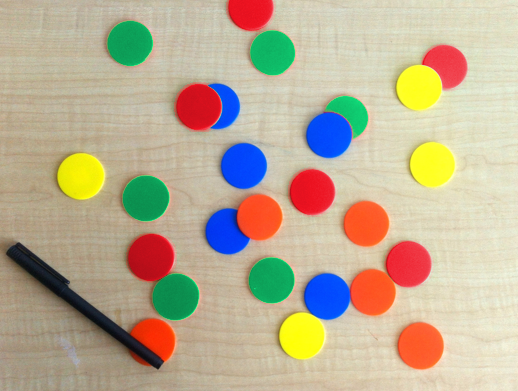 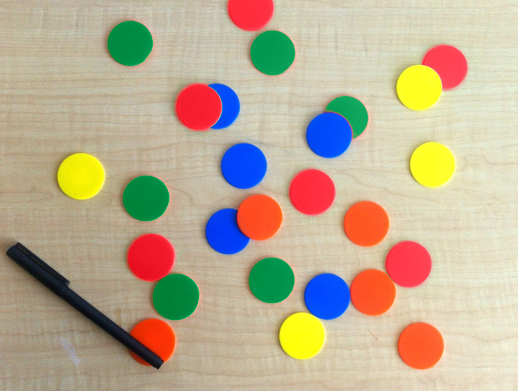 While this example deals with salient objects of relatively unique colors in relatively even illumination, object color replacement isn't generally this simple. You might refer to this question for other ideas. You might also realize that image nonuniformity and poor object saliency means that programmatic approaches based on global reference values are often going to be more difficult and time-consuming to accomplish than just throwing it in GIMP or Photoshop and using your own eyes and hands.
The functions colorpict(), ctflop(), gcolorize(), imblend() and replacepixels() are part of MIMT and are available on the File Exchange. MIMT exists for convenience; anything that MIMT tools do can also be done with base MATLAB tools. If you don't want to use MIMT and you like reinventing wheels, simply open up the function files and see how they work.
For creating color fields as colorpict does, see this answer. For other colorization ideas, this answer might be a bit tangential, but should help. Alternatively, you could colorize by converting a copy to grayscale and then doing something like what's described here. For composition like what replacepixels() does, this answer shows blending approaches, as well as opacity composition both with and without MIMT. It also links to several other composition-related questions.