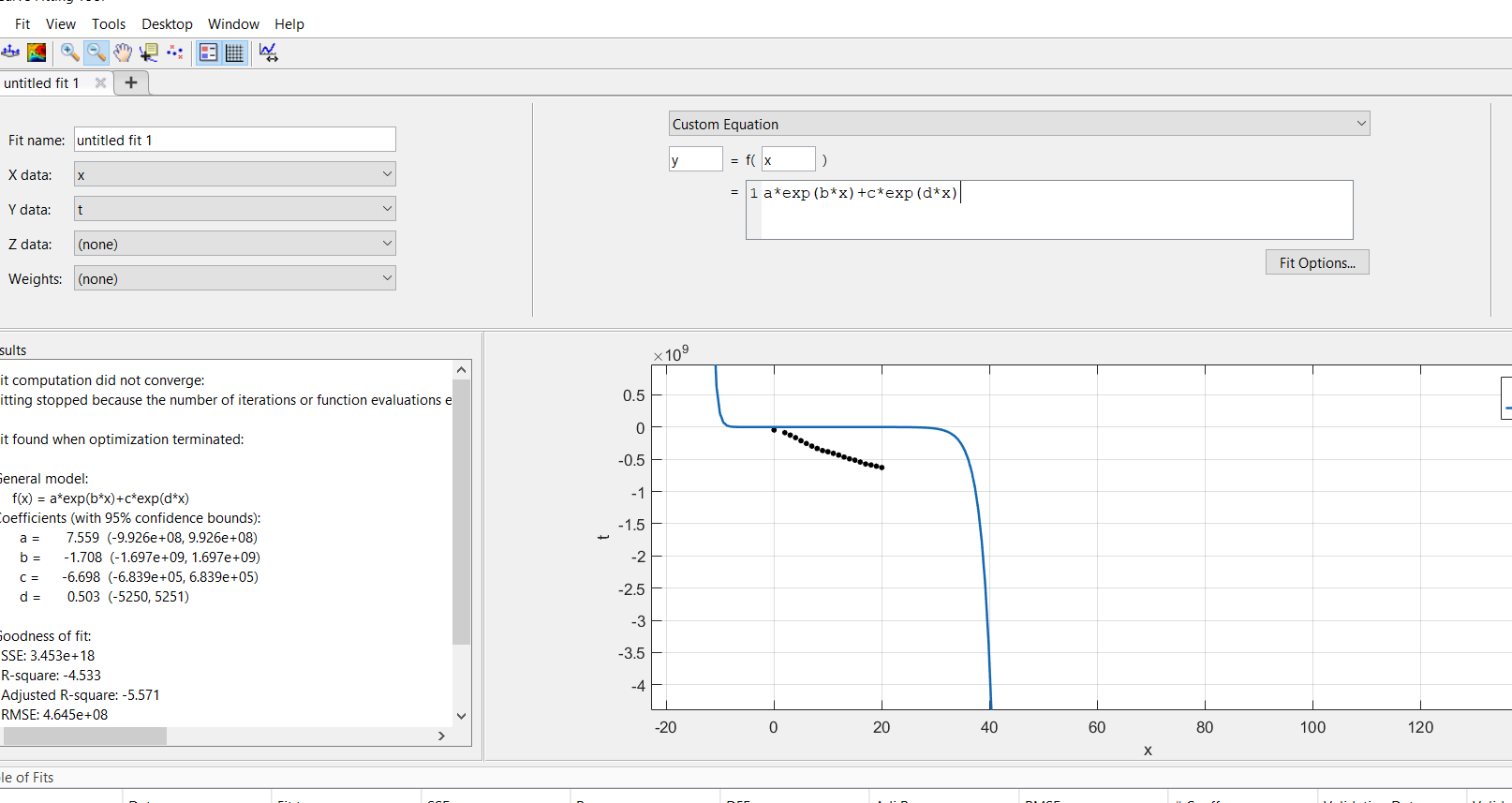 ⋮
This is for reference, same equation, different fitting results

⋮
Starting guess chosen between the two.
While I've not tried to delve into the bowels, the prepackaged exponential model probably has a customized technique to estimate the starting values whereas (I think) the custom model just starts with a random guess.
NB: The sign of a and b between the two is reversed; to get the overall negative value, one has to be negative and larger than the other; where the initial guess starts will determine which is which as the iterations continue.
While the result looks decent for the latter NB the two coefficients a and c
a = -4E12 +/-3E20(!!!)
or the CV (coefficient of variation) for the coefficient is 7.5E7 -- a highly imprecise value.
For data that looks like the above, why would you choose the exp2 model and not exp1, however? No sign of there being a competing exponential in there that I can see.