From the series: Understanding Wavelets

In this video, we will discuss how to use MATLAB to denoise a signal using the discrete wavelet transform. Let us load a signal and plot it in MATLAB. There are two signals here: The first is the original signal, and the second one is the original signal with some noise added to it. Our goal here is to denoise the noisy signal using the discrete wavelet transform.

Soon you will see how easy it is to do this in MATLAB. Here is an overview of the steps involved in wavelet denoising:

2. The second step is to analyze the details and identify a suitable thresholding technique. I will cover this later in the video.

Most of the high frequency content comprises the noise present in the signal. However, part of the high frequency is made up of abrupt changes in the signal. There are times when these abrupt changes carry meaning, and you would want to retain this information while removing the noise. Let us take a closer look at the details subband. To extract the coefficients, you can use the detcoef function and plot the coefficients for each level. I am using a helper function to extract and plot the coefficients. What you are seeing here is the original signal, along with the details plotted for levels one through five. Notice that the activity reduces drastically as the scale or level increases. So, we will focus on the level one details and ignore the rest for now. Our aim here is to retain these sharp changes while getting rid of the noise. One way to do this is by scaling the detail coefficients by a threshold. There are four main techniques available in MATLAB to help you compute a threshold for the purpose of denoising. The universal threshold is the simplest to compute and is computed using this formula.

The entire process of thresholding the coefficients and reconstructing the signal from the new coefficients can be done using a single function as shown here. The first parameter, f, is the noisy signal. The second parameter specifies the thresholding technique; in this case, Sure Shrink. s denotes soft thresholding, and the parameter sln indicates threshold rescaling using a single estimate of noise based on first-level coefficients. level indicates the wavelet decomposition level, and the last parameter specifies the wavelet, which is sym6 in this case. The function wden performs a multilevel decomposition of the input signal, computes and applies the threshold to the detail coefficients, reconstructs the signal with the new detail coefficients, and provides it as an output. Let us now use the plot command to compare the noisy signal with the denoised signal, which was the output of the previous step. Clearly, the denoised version has less noise.

Part 1: What Are Wavelets Explore the fundamental concepts of wavelet transforms in this introductory MATLAB® Tech Talk by Kirthi Devleker.

Part 3: An Example Application of the Discrete Wavelet Transform Learn how to use to wavelets to denoise a signal while preserving its sharp features in this MATLAB® Tech Talk by Kirthi Devleker. 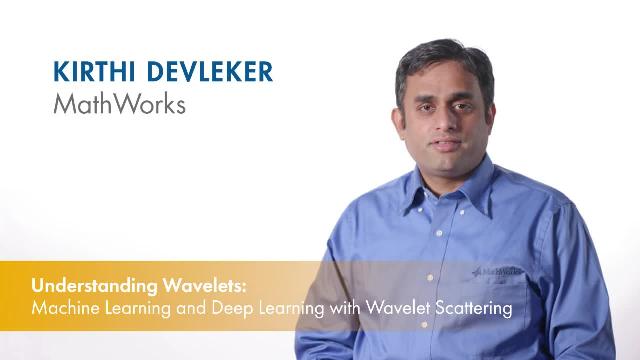 Part 5: Machine Learning and Deep Learning with Wavelet Scattering Use a wavelet scattering technique to automatically obtain features from signals and images for training machine learning or deep learning algorithms. This video covers wavelet scattering for signals, but the same concepts can be extended to images. 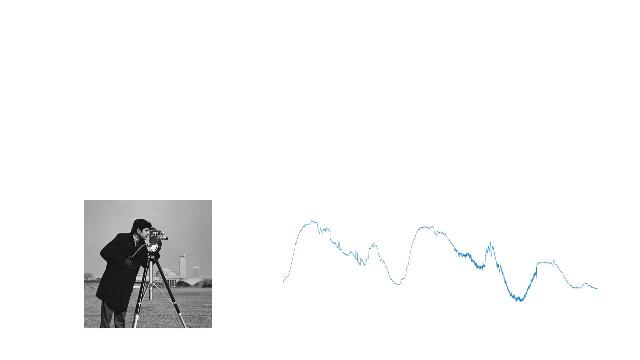 What Is Wavelet Toolbox?

Understanding State Machines, Part 1: What Are They?

Understanding State Machines, Part 2: Why Use Them?