This example shows how to design broadband matching networks for a low noise amplifier (LNA). In an RF receiver front end, the LNA is commonly found immediately after the antenna or after the first bandpass filter that follows the antenna. Its position in the receiver chain ensures that it deals with weak signals that have significant noise content. As a result the LNA has to not only provide amplification to such signals but also minimize its own noise footprint on the amplified signal. In this example you will design an LNA to achieve the target gain and noise figure specifications over a specified bandwidth, using lumped LC elements. A direct-search based approach is used to arrive at the optimum element values in the input and output matching network.

Figure 1: Impedance matching of an amplifier

The design specifications are as follows

You are building the matching network for an LNA with a bandpass response, so specify the bandwidth of match, center frequency, gain, and noise figure targets.

Use the read method to create an amplifier object using data from the file lnadata.s2p.

Define the number of frequency points to use for analysis and set up the frequency vector.

Use the analyze method to perform frequency-domain analysis at the frequency points in the vector freq.

As the plot shows, and for all frequencies in the bandwidth of interest. This means that the device is unconditionally stable. It is also important to view the power gain and noise figure behavior across the same bandwidth. Together with the stability information this data allows you to determine if the gain and noise figure targets can be met.

This plot, shows the power gain across the 100-MHz bandwidth. It indicates that the transducer gain varies linearly between 5.5 dB to about 3.1 dB and achieves only 4.3 dB at band center. It also suggests there is sufficient headroom between the transducer gain Gt and the available gain Ga to achieve our target Gt of 10 dB.

The region of operation is between 200 and 300 MHz, so you choose a bandpass topology for the matching networks which is shown here,

The topology chosen, as seen in Figure 2, is a direct-coupled prototype bandpass network of parallel resonator type with top coupling [2], that is initially tuned to the geometric mean frequency with respect to the bandwidth of operation.

For the initial design all the inductors are assigned the same value on the basis of the first series inductor. As mentioned in [3], choose the prototype value to be unity and use standard impedance and frequency transformations to obtain denormalized values [1]. The value for the capacitor in the parallel trap is set using this inductor value to make it resonate at the geometric mean frequency. Please note that there are many ways of designing the initial matching network. This example shows one possible approach.

Form Complete Circuit with Matching Networks and the Amplifier

Put together the LNA network consisting of matching networks and amplifier by creating an rfckt.cascade object as shown in previous section.

There are several points to consider prior to the optimization.

The objective function used during the optimization process by fminsearch is shown here.

The optimization variables are all the elements (inductors and capacitors) of the input and output matching networks.

When the optimization routine stops, the optimized element values are stored in LC_Optimized. The following code updates the input and output matching network with these values.

The results of optimization can be viewed by plotting the transducer gain and the noise figure across the bandwidth, and comparing it with the unmatched amplifier.

The plot shows, the target requirement for both gain and noise figure have been met. To understand the effect of optimizing with respect to only the transducer gain, use the first choice for the cost function (which involves only the gain term) within the objective function shown above.

The optimized inductor and capacitor values for the input matching network are shown below.

Similarly, here are the optimized inductor and capacitor values for the output matching network 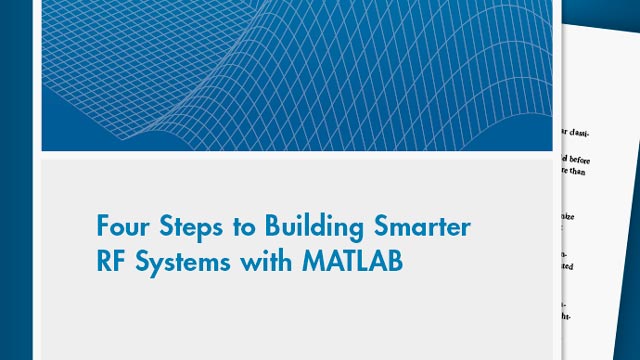