How to force an external figure in live scripts?

Alex on 13 Oct 2016
⋮
Commented: jianbo tang on 7 Aug 2022
Accepted Answer: Marshall
I recently got R2016b and have been using live scripts. It is interesting how outputs are capable of being embedded inline (or to the right of) the code, but find it cumbersome to work with while debugging. For example, below is a picture of a simple live script with both a graph and text being printed. 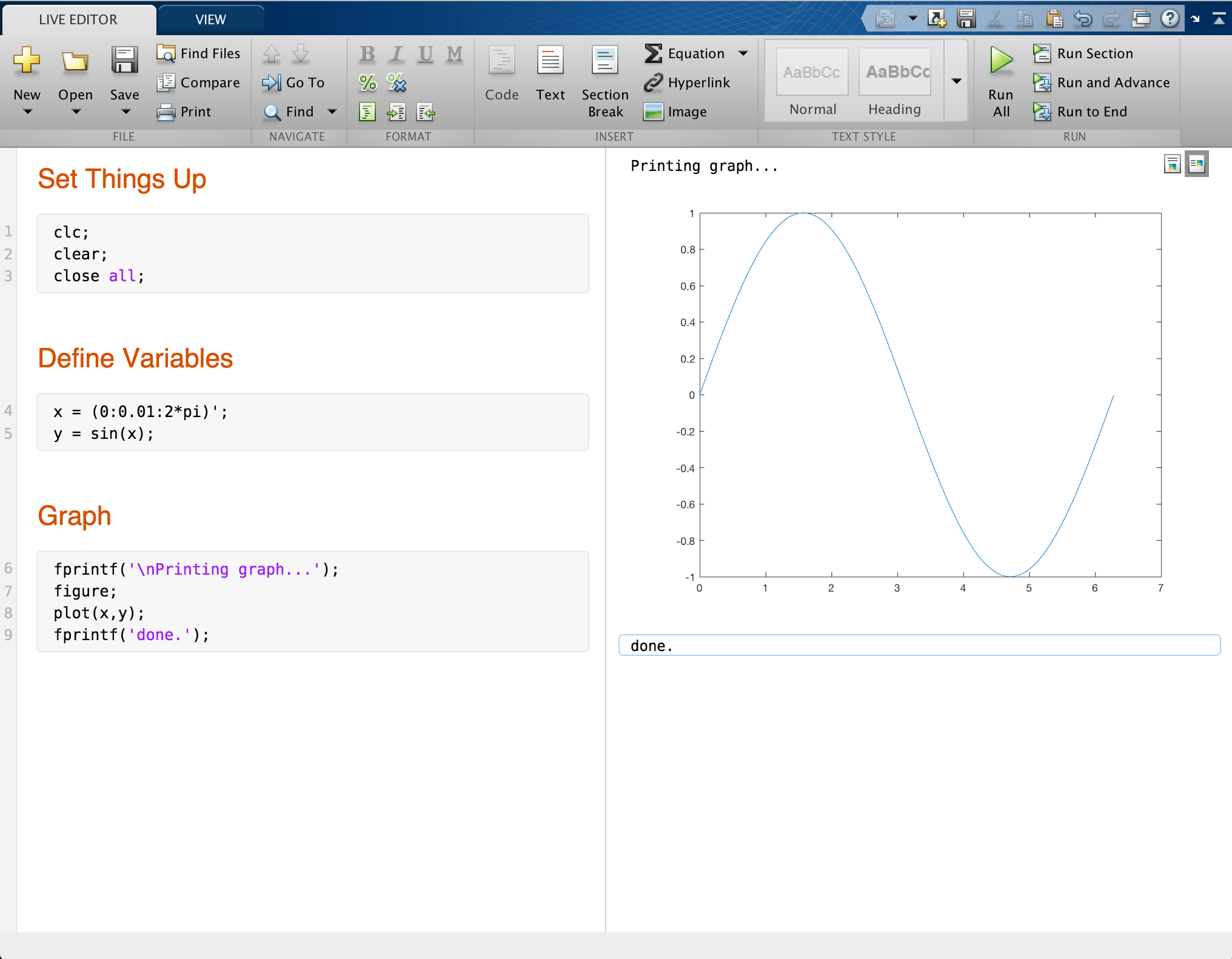 Is it possible to force live scripts to behave like standard scripts in terms of output? So, the figure would start as its own window and the text printed to the command window?
If you hover over the figure, it has an option to "Open in figure window" but I would prefer a programmatic way to accomplish this, so I don't have to do this every time.
I realize I could just go back to standard scripts, but like the ability to put headings, text, and equations inline with the code. In other words, can I disable the live script output behavior while keeping all of its other benefits?
Thanks

Marshall on 16 Dec 2016
⋮
Use the following command:
set(gcf,'Visible','on')
Neither select and F9, nor the Run command work for me because highlighting large sections to run F9 is tedious, and the Run command doesn't create the figure in a standard figure window. In addition, if I run more plot commands on those figures outside of the live script, then the figure window remains hidden, and I don't see those changes. This way shows the figure window, and saves the figure result with the live script.
clc;
clear;
close all;
x=(0:0.01:2*pi)';
y=sin(x);
fprintf('\nPrinting graph...');
figure;
set(gcf,'Visible','on')
plot(x,y);
fprintf('done.');

⋮
Much better solution. Thanks.

Pico Technology on 14 Oct 2016
⋮
Hi Alex,
I've found that you can select the live script in the MATLAB Current Folder view and select F9 to run it as a script or right-click and select Run.
Hope this helps.