Why my biplot shows opposite values in component 1?

Yiheng Du on 16 Mar 2017
⋮
Commented: Yiheng Du on 23 Mar 2017
Accepted Answer: Afiq Azaibi
Hi, I tried to draw biplot for the loadings. But with data like this: 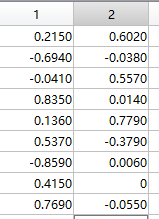 It shows the biplot like this, in which all the component 1 value are *-1. 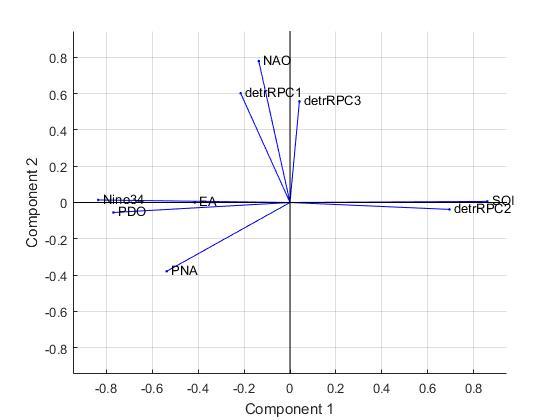 Although it doesn't change the relative correlation between all the variables. It still bothers me.... Thanks for your kind suggestions! Yiheng

Afiq Azaibi on 23 Mar 2017
⋮
As you mentioned, this effect does not change the relative correlation between all variables and this is expected behavior. The following is noted in the documentation:
"Biplot imposes a sign convention, forcing the element with largest magnitude in each column of coefs to be positive. This flips some of the vectors in coefs to the opposite direction, but often makes the plot easier to read. Interpretation of the plot is unaffected, because changing the sign of a coefficient vector does not change its meaning."

⋮
Thank you so much!