How to communicate between multiple Arduino with I2C and Simulink

Florian Moyen on 20 Jun 2017
⋮
Answered: Mandeguz on 6 Oct 2017
Using "Simulink Support Package for Arduino Hardware", I want to create a system of Arduino communicating between them in I2C to shared information as shown in the following image. For example, I want an Arduino to monitor the time between two actions and to communicate it to another one which will read this time and make the appropriate countermeasure. 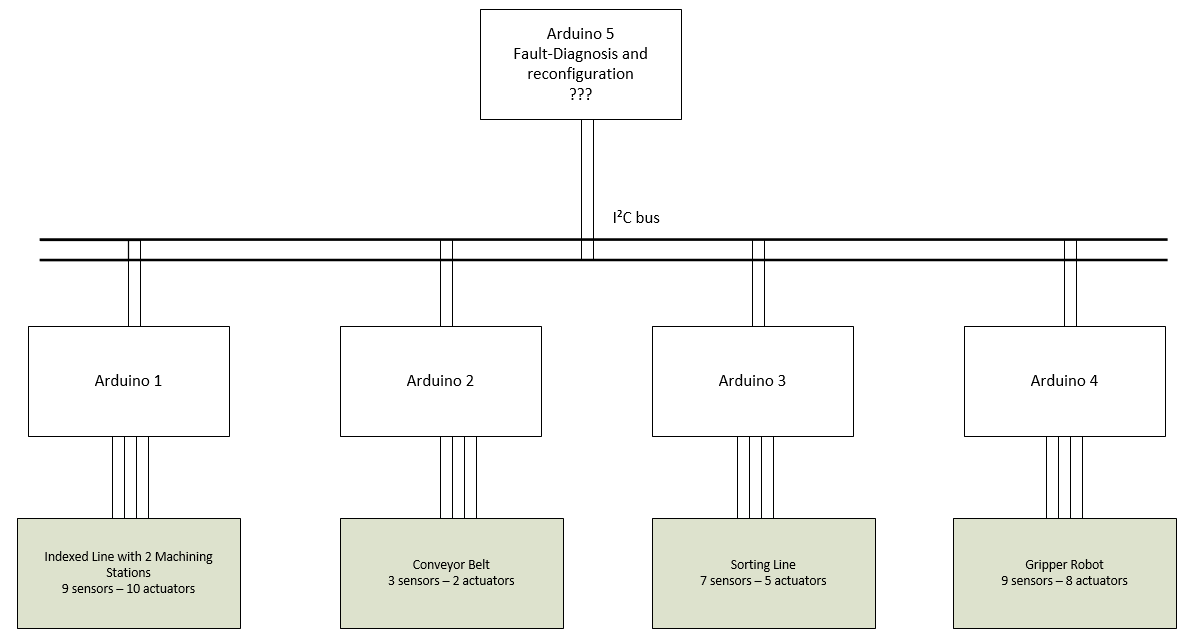 I understand how it work with an Arduino as a Master communicating with an I2C sensor as a slave. But how to make the communication possible between multiple Arduino? For that I have some sub-questions which try to solve the problem.
Thank you for your help!

⋮
This is exactly my problem too. I need to let three arduino speak with each other. In my opinion it would be necessary to assign slave id's. But there isn't a possibility to do that. Pls help us!

Mandeguz on 6 Oct 2017
⋮
An option (I have this problem too, and nobody's answered so far so I'm exploring this route) is to use Mux/Demux logic with your digital pins to use one Arduino to communicate to multiple devices. If you get anywhere, let me know.