Andrew Mizener on 7 Nov 2018
⋮
Answered: MichailM on 8 Mar 2020
I am using imshowpair to show the difference between a raw image and one to which I have applied edge detection. However, the "raw" image displays differently in imshowpair than it does when I open it with imshow. Here is the code I am using; the image I'm analyzing is attached to this post:
I = imread('Camera_20_08_23_121.bmp');
figure
imshow(I)
BW_canny = edge(I,'canny');
figure;
imshowpair(I,BW_canny,'montage')
title('Unfiltered Canny Filter');
This is the image created with imshow: And this is the image created with imshowpair:

The image on the left in the latter example appears to have been contrast-enhanced in some way, but I can't find anything in the documentation on what might have caused the difference. The left-side image could be of use to me, so I'd like to try and create that image by itself using imshow (i.e. unlinked to an imshowpair command).
Therefore, my questions are twofold, and possibly linked:
Note: I have tried converting the original image to a binary one using the mean-value method from the imshow documentation, but the result is not the same as the left-side imshowpair figure, which appears to still be grayscale.

⋮
I had the same issue and this helped me solve it. Thank you

MichailM on 8 Mar 2020
⋮
I had the same problem with the imshowpair() function. The imshowpair seems to shift the image bits to the left while imshow does not. Although the solution is pretty simple
imshowpair(I,BW_canny,'montage','Scaling','none') 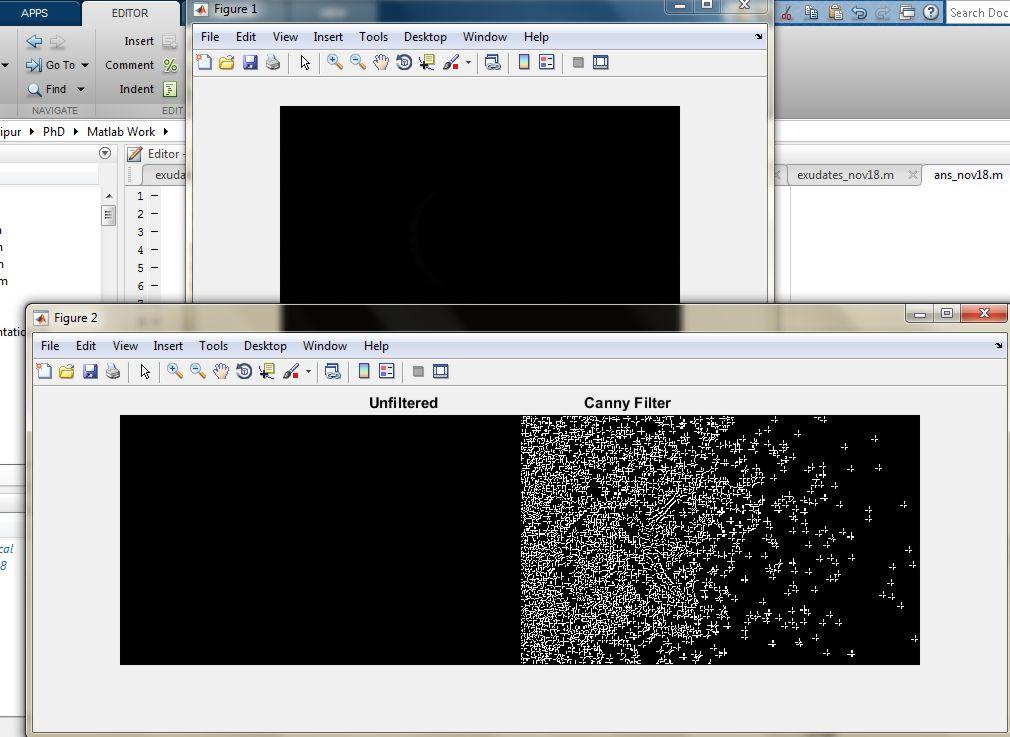 ⋮
This is all true, but does not answer either of my questions.

⋮
Sir, read this one>>
By default, imshowpair scales the intensity values of A and B independently from each other. imshowpair returns obj, an image object.