Amin Tabrizian on 28 May 2019
⋮
Commented: Amin Tabrizian on 30 May 2019
Accepted Answer: Geoff Hayes
I'm going to develope an app for calculating beam deflections. for inserting images of supports, when I insert the images matlab automatically adds unwanted margins to my pictures.Does anyone know how can I solve this issue? 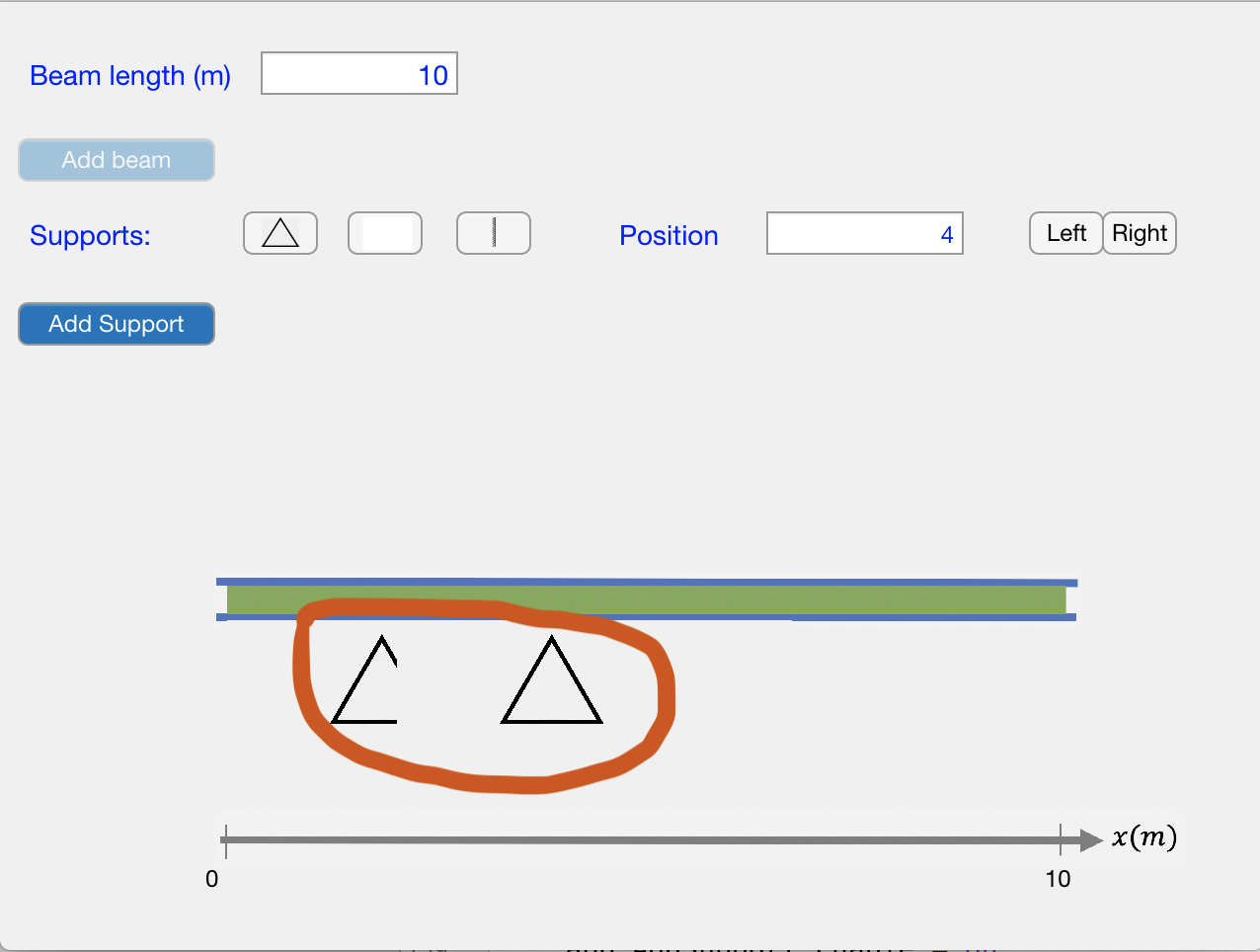 ⋮
Amin - are the "unwanted" margins the space between the triangles and the green rectangle? Are you showing/drawing these objects in one axes or more? Please clarify.

⋮
Dear Geoff,
Thank you for your response. I will upload another image to show exactly what the problem is. 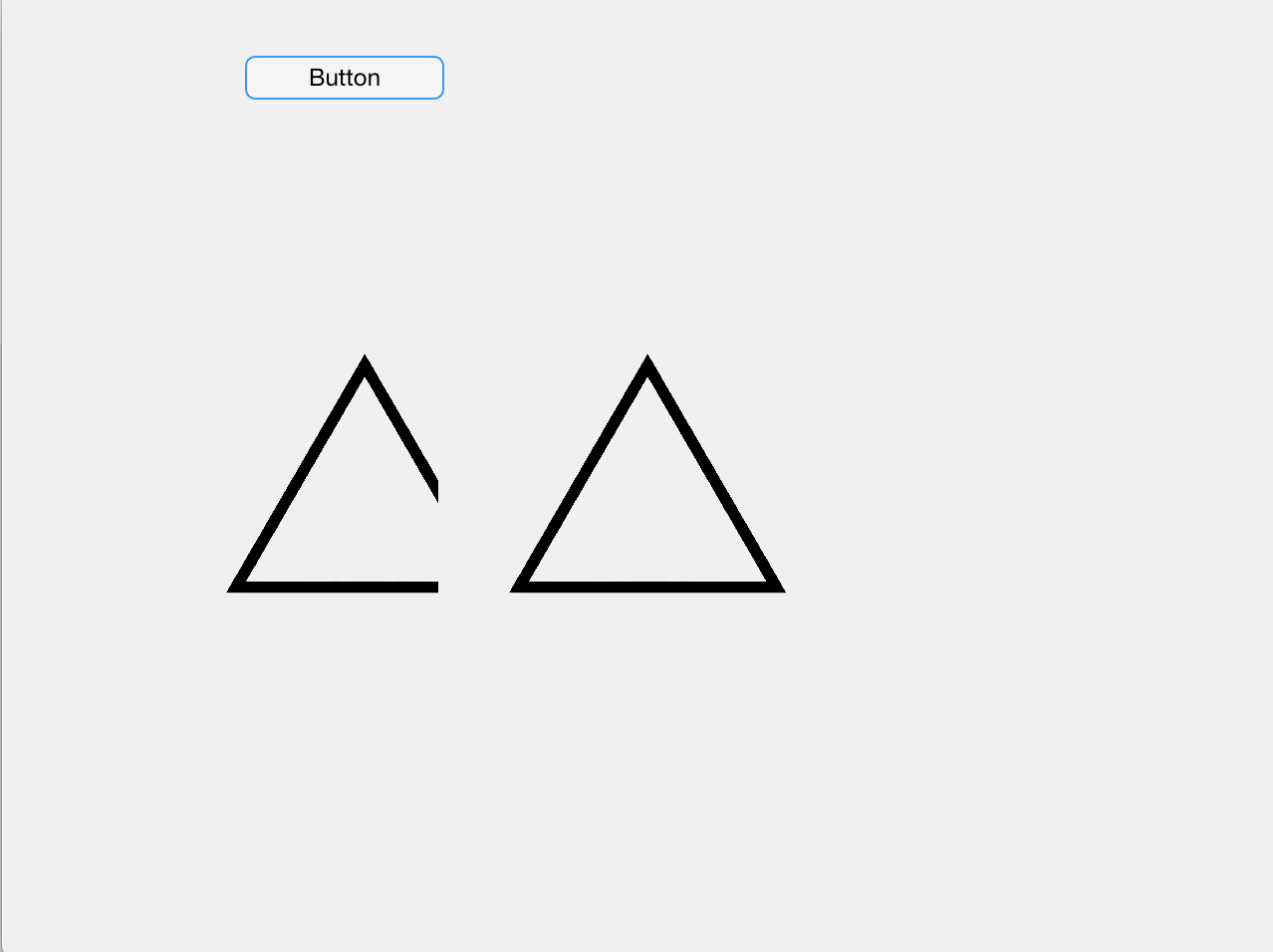 ⋮
Great!
But the problem still exists!
If I enter x-coordinate of second axes more than 318 there will be space between right support and the left one which is not desired, and if I limit the width of first axes less than 240 the support wil get smaller with that annoying gray margins. For not getting confused here is the picure of what I want. Would please help me to enter the values of the axes?

Thanks for your kind cooperation.

⋮
Ali - why not just concatenate the two images together and then put on the same axes? Something like
ax = uiaxes(fig,'position',[78 120 240 240]);
myImage = imread('Support1.png');
myImageX2 = [myImage myImage];
imshow(myImageX2, 'parent', ax);
Of course, you will need to adjust the width and position of the axes to support this new image whose width (number of columns) is twice what it was.

⋮
Geoff,
Thanks a lot. It works! 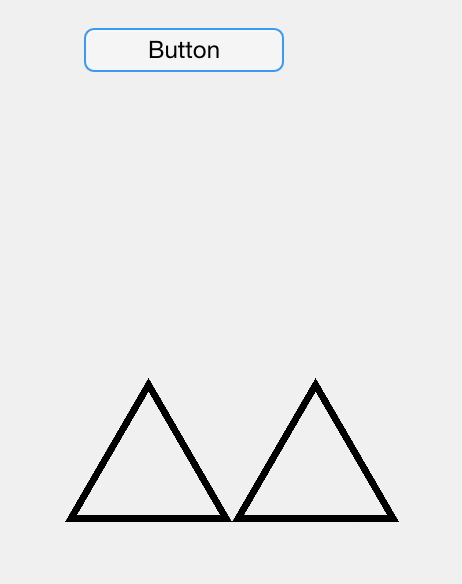 Walter Roberson on 29 May 2019
⋮
uiaxes() with 'position' places according to the inner position property, not according to the outer position property.
If you set the second axes Visible property on, the labels will appear, and it will be obvious that the blank space is exactly where the labels would be, in the area between the inner position and the outer position.
Traditional axes are not exactly the same. With traditional axes, when you turn the axes visibility off, the layout routine is re-run and the visible area expands to (closer to) the outer position. You would get overlap because your position overlap, but it would be clearly defined and obvious as to what had happened.
(If you do the experiment with traditional axes() remember to set the Units to Pixels as the default is normalized.)

⋮
Thanks. I completely understand the problem. But still I don't know how can I solve this issue. Please look at the comment I've written to Geoff Hayes:
https://www.mathworks.com/matlabcentral/answers/464472-matlab-adds-additional-margin-to-an-image#comment_709854