metidji on 7 Aug 2019
⋮
Commented: Fangjun Jiang on 16 Aug 2019
why the maximum task execution time is very importante vs avrage task execut time in simulink real time? what is happened in this case to take all this time to excute the same task?.

Fangjun Jiang on 7 Aug 2019
⋮
In your task, you might have some conditional statements. If the condition is met, certain codes or blocks are executed thus take longer time to finish than when the condition is not met. To ensure your task is able to execute in "real time" continuesly, you need to make sure the maximum task execution time is smaller than the step time of the task. In other words, you can only slow down (by puasing or inserting delay), but you can't speed up to make "real time". 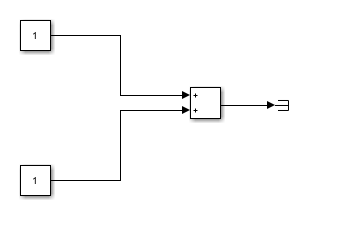 ⋮
As much as it sounds unbelieveable, it is true. A dedicated microprocessor with a real-time operating system can perform better for this task than a high power CPU running on a non-real time operating system. The critical part here is the operating system.
In this case, the "conditional" execution (or max/worst execution) is not the content in your Simulink model. But rather, they are the other tasks that your computer/CPU needs to take care of. You must be aware that there are tons of processes/tasks running on your computer CPU (e.g. Windows processes). Simulink Real-time Toolbox is trying to give you a "real-time" effect using the non-realtime operation system (such as Windows). This simulation task can't be put on a high-up enough priority based on the Windows operationg system. Thus, it needs to give margin to try to guarantee that it can run at a once-per-100us rate, but not faster.

⋮
hello
simulink real time target no have any Operating system (no windows or other) only a reat time simulink kernel and my application so no windows processes.
other strange problem a 100us rate in XEON 10 core 2.2ghz CPU and only 20us rate in ATOM 2 core 1.8ghz.