⋮
Probably, it will easier for us to see the code...

⋮
Um, no.
First, we don't even know if your code really is deterministic. Some people think their code is, but under the hood, something uses a random start point, etc.
But even presuming the code really is deterministic, we don't know what your code is, so we cannot really help you.
If you want to know what may have caused the difference, then you need to look at the changes that happened between those releases. You can find this information in the release notes.
Even then, it is still possible that something changed. What? Your own code! I'd be wealthy if you gave me a dime for every new user of MATLAB who was actually not using the identically same code between releases. Or, perhaps they actually used different data, even though they thought the data was identical. (A common novice mistake, when someone copies out numbers from the command window, so only 4 or 5 significant digits, thinking that was exactly the data as it was used in the first call.) Or perhaps you modified actual MATLAB provided code, then when you upgraded to the new release, the modifications you made are now overwritten. People do many strange things, that we see. Sorry, but they do.
Again, you should start by looking at the release notes, but no, there is no way to just automatically get an indication of what is causing the difference, because there are so many reasons a difference could exist.

YT on 31 Oct 2019
⋮
You could try to check the release notes and see if there are any functions you're using that may have changed.
And maybe checking the profile summary for any "significant" changes/differences between both versions is usefull: 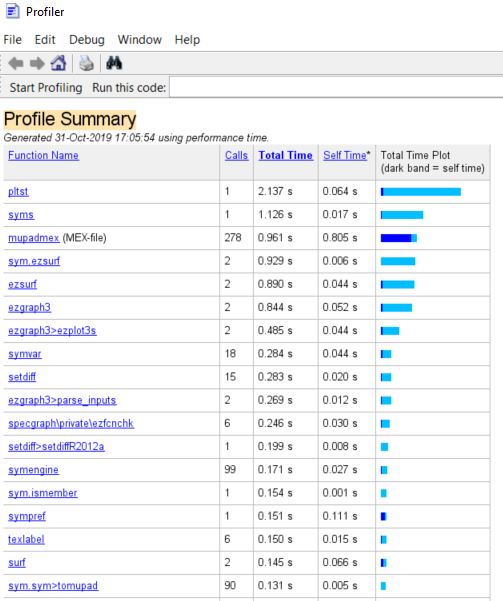