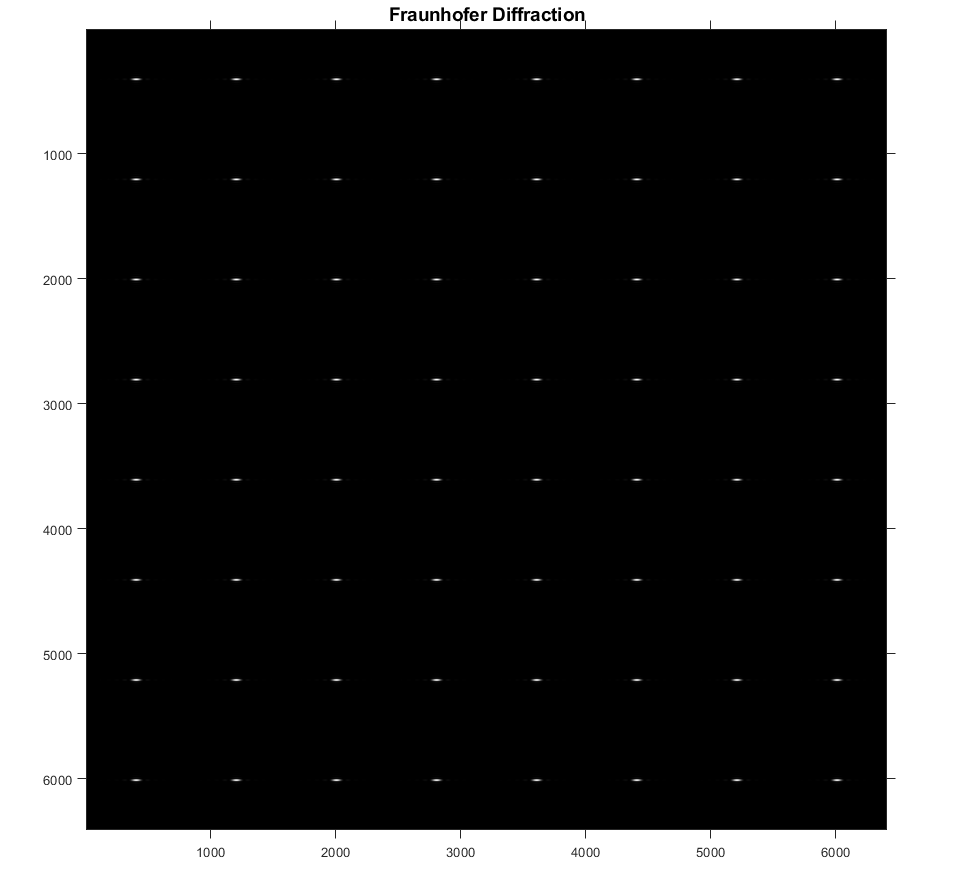 ⋮
sorry it not a Diffraction pattern

⋮
Why do you say that? I simply used repmat() on your equation. Your equation is correct for the amplitude in the case of a single rectangular aperture. Using repmat() makes it correct for the case of an infinite rectangular grid of such rectangular apertures.
For an infinite pattern, the pattern would extend to inifinity. The image is an 8-by-8 section of that infinite pattern.
For a non-infinite grid of rectangular apertures you'd have to multiply it by the 2-D sinc function of the extent of the grid, which would give a modulated sinc pattern since it's a sinc times a sinc.
For the intensity, rather than the amplitude, you'd have to square the image since intensity is amplitude squared.
See Wikipedia Diffraction of Rectangular Aperture for more info.
If you change the intensity range
imshow(I8, [0, 1.5]);
you'll see the individual patterns better than just scaling the display between min and max intensity which is what imshow(I8, []); does. See: 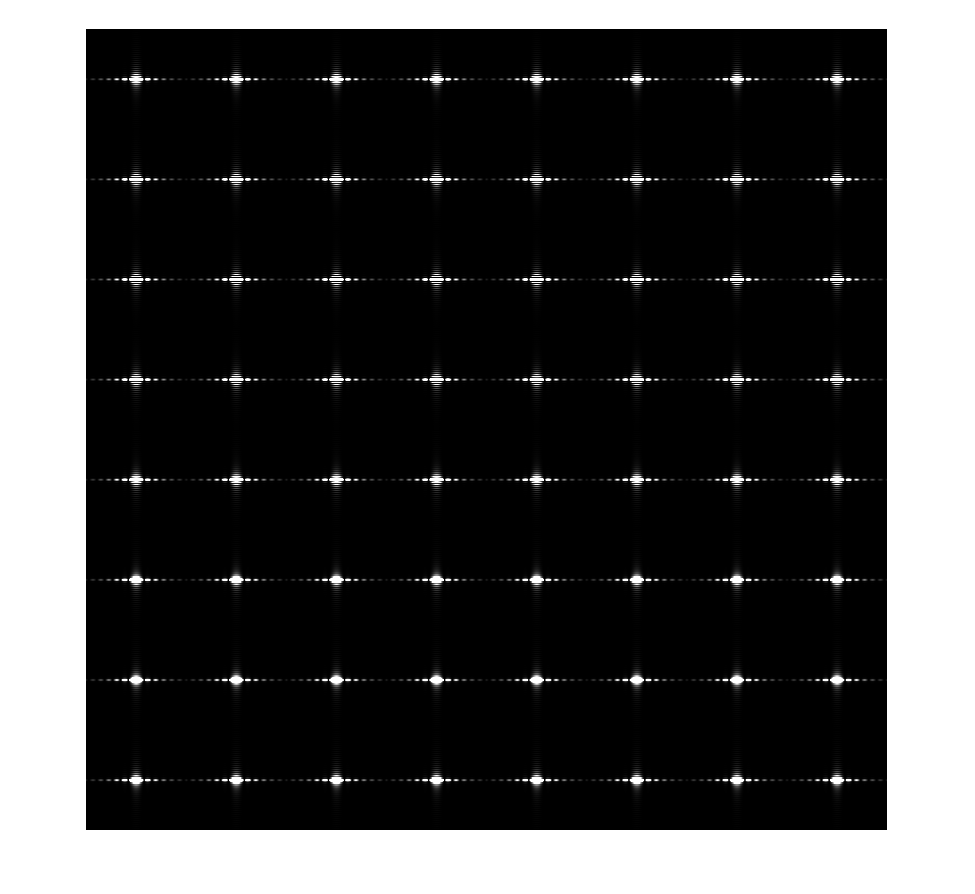 So, that's what I thought I learned while getting my Ph.D. in optics. Please explain why you say it's not a diffraction pattern -- maybe I'm wrong. 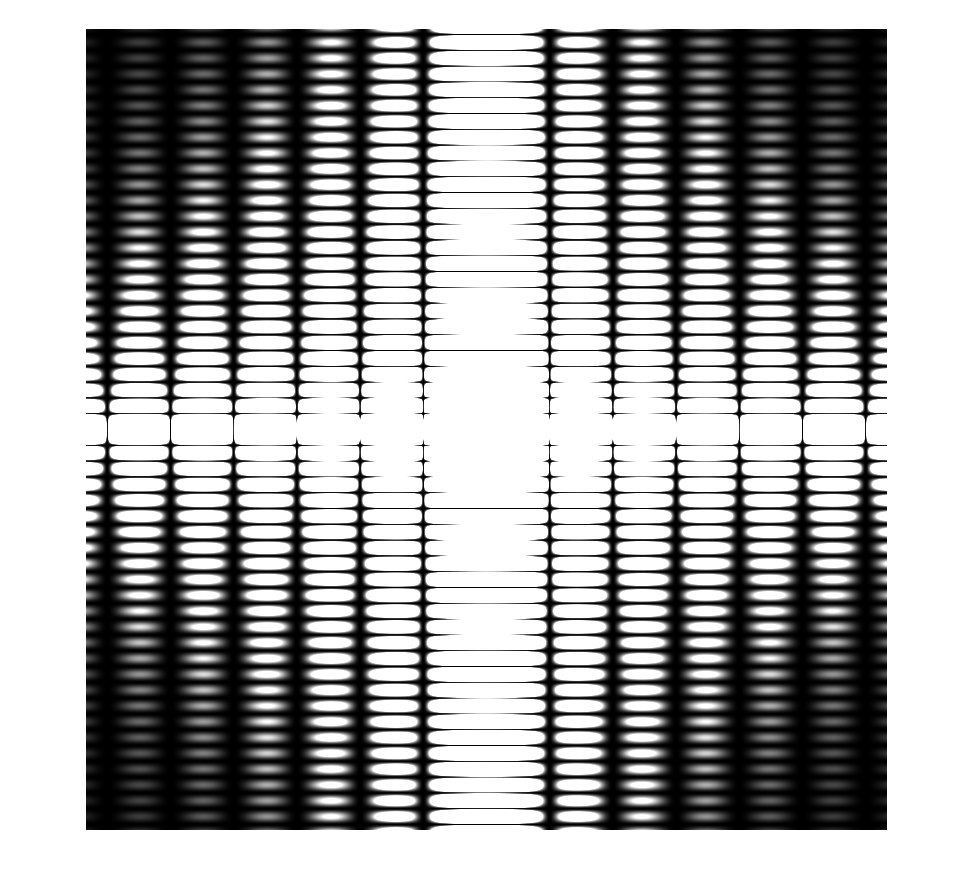