Using Inequality in a For loop

Les Beckham on 11 Apr 2020
⋮
Walter has correctly shown how to express mutiple inequality conditions in Matlab (you must include the & (and) operator). However, even replacing that line of code with the correct syntax results in no effect on the rest of your code. The conditional will 'return' a logical value but you are doing nothing with the result.
Are you trying to apply upper and lower limits to D15_f?
If so, perhaps this is what you mean:
D15_f = max(D15_f, 4*D15_s); % apply the lower limit (max returns the larger of the two numbers)
D15_f = min(D15_f, (5*D_rs)*D15_s) % apply the upper limit (min returns the smaller of the two numbers)
If you replace your 'inequality' line by this code, you will be forcing D15_f to stay between these limits.
The rest of your code looks OK as far as I can tell. 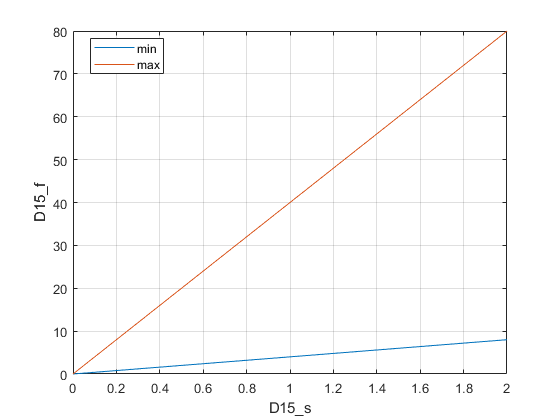 ⋮
This is more or less what I'm looking for, thank you for the assistance!

⋮
You are welcome. Glad I could help.