Perform Co-Simulation between Simulink and Gazebo

Robert Corby on 2 Dec 2020
⋮
Commented: Gaurav Bhosale on 8 Dec 2020
Hi everyone,
I am working on the 'Perform Co-Simulation between Simulink and Gazebo' tutorial linked here.
I have downloaded the provided Virtual Machine with ROS and Gazebo and have it up and running.
The next step is to "Open a terminal in the VM or your own Linux operating system, run the following commands to launch the Gazebo simulator."
cd /home/user/src/GazeboPlugin/export
export SVGA_VGPU10=0
gazebo ../world/multiSensorPluginTest.world --verbose
After running these commands I get a series of errors and the Gazebo environment fails to open. 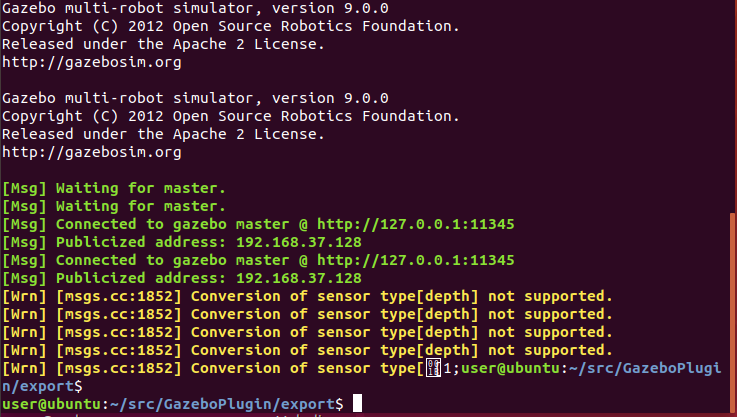 I do not understand what is the problem or what I have done wrong?
Any help and assistance would be greatly appreciated!
Thanks,
Rob