Felipe Bayona on 8 Dec 2020
⋮
Answered: John D'Errico on 11 Dec 2020
Accepted Answer: Felipe Bayona
Hello Community
im trying to generate a 2D gaussian matrix, which the sum of all its values is equal to 1.
I mean, not distribuited around 1 (the center must be a value below 1 to achieve teh sum of all elements to be 1)
For sure Matlab must have already implemented something like that. Or, whats the mathematical approach I must use to develp my own function?
Thx a lot

⋮
Please. It is a bad idea to accept your own answer when you don't understand what you are doing. 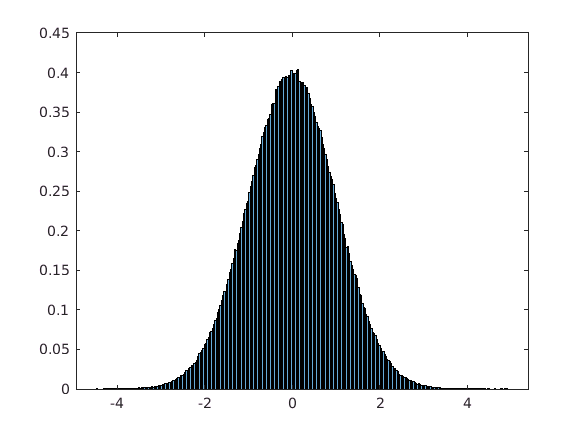