Nicolas Caro on 17 May 2021
⋮
Commented: James Tursa on 18 May 2021
Hello !
I'd like to implement and solve this second order ODE (Ordinary Differencial Equation) in a matlab program. 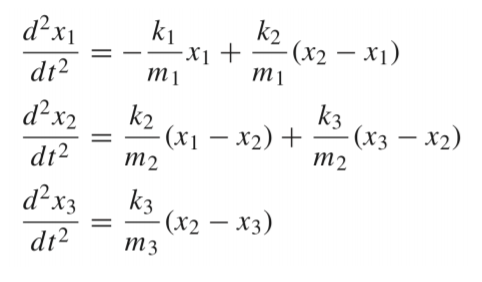 ⋮
I kept my dxdt function but I defined it your way (with the @).
Thanks for your help, my code is working now, should I post it ?

⋮
No need to post it if you have it working and have no further questions.