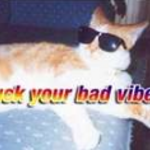 I study physics since I want to understand the basic principles which are at work in daily human life. Though the study of string theory, and quarks is fascinating to me, I am personally far more fascinated by the intricate patterns which form just while cooking food, and in systems of living beings. Broadly speaking these two phenomena are entirely described by the fast growing field of physics known as soft and active matter.
In looking into this type of phenomena I've been led astray into experimentally studying complex non-linear networks (reaction diffusion networks), modeling wetting dynamics of soft solids, and modeling topologically constrained flocks.

Answered
fzero Index exceeds matrix dimensions, image processing
You probably want to try one of matlab's optimization routines where you've set the optimization function to be at a minimum whe...

Answered
Why do I receive License Manager Error -9?
When I ran into this error, it was on a computing cluster. The cluster's matlab license had expired. Issue was resolved as soon ...

Answered
How to overlay a scatter plot over an image (png,jpg) with correct marker colors?
Thanks Walter! This helped me get a scatter plot on the same axis as my image plot. When using your suggested library (dow...