“We conducted a survey of the various groups—universities, power companies, industry leaders—envisaged to be users of the AGC30 model. When asked about their preferred environment for simulations, the vast majority responded that it was MATLAB and Simulink.” 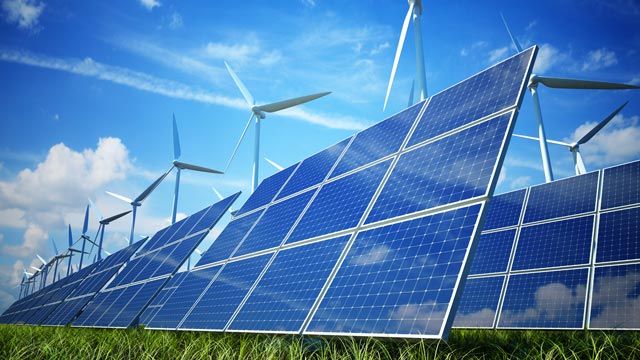 Unlike traditional power plants, which deliver a steady supply of power, wind turbines and solar panels deliver power at levels that fluctuate throughout the day. When electric power from renewable energy is integrated into a larger electrical system, supply volume changes throughout the day can lead to frequency fluctuations, making it difficult to maintain a stable power supply.

In order to balance the frequency and supply of electricity, research institutes and power companies often use proprietary models to simulate control methods and supply-and-demand scenarios. The Institute of Electrical Engineers established a committee of research groups from leading Japanese universities, electric utility companies, and heavy electric machinery manufacturers to provide a common foundation for conducting economic and technical studies. This committee developed AGC30, a shared platform for power simulations and control design based on MATLAB® and Simulink®.

“In the past, each research institution prepared its own model,” says Dr. Takao Tsuji, associate professor at Yokohama National University, a member organization of the committee. “AGC30 integrates these models into a shared, Simulink-based infrastructure that enabled us to objectively compare control results and exchange newly developed control blocks.”

The more than 20 organizations on the committee were divided into two working groups. The first, led by Yokohama National University, conducted a needs assessment survey among committee members to help select a modeling and simulation environment. Selection criteria included how extensively a particular environment was used by member organizations and how easily power systems models could be created, modified, and shared within that environment. This working group was also responsible for collecting and analyzing historical electric power supply and demand data, including time-series solar and wind power generation data, that would be used in the power system model.

The second working group developed the AGC30 model, including multiple controllers and 30 power generation components. Given the tight timeline of the project—it had to be completed within two years—this group needed to focus on building the model rather than on developing and debugging solvers to ensure accurate simulations.

In MATLAB, the researchers analyzed observed data from solar and wind power generation plants across 10 regions in Japan to identify weather-related fluctuations in power output. They incorporated the results of this data analysis into Simulink blocks that compute estimated solar and wind power output based on 24 hours of observed time-series data. Simulink models of power demand were developed based on measured time-series load data.

They built models for LNG and other conventional power generation systems based on mathematical models derived from published research.

For the LFC, they created a Simulink block that regulates power frequency across the grid by relaying output control commands to the various power-generating components in the AGC30 model based on electric power flow data.

For the ELD, they wrote a MATLAB script that optimizes power generation costs based on short-term predictions of demand and renewable energy supply, and incorporated it into the AGC30 model.

They used MATLAB to analyze and visualize simulation results, which typically included the frequency and output of each generator over a three-hour period in 0.1-second intervals.

The IEEJ has released a CD-ROM of the AGC30 model and sample data for four usage scenarios that can be purchased by researchers and engineers, enabling those not involved in the original project to conduct their own simulations and research.