Frederick Houghton on 9 Jun 2022
⋮
Commented: Frederick Houghton on 9 Jun 2022
Accepted Answer: DGM
I am attempting to make a graphic for a presentation in which I would like to throw a strain map over a black and white image used for texture correlation. I currently have been unable to create separate colorbars, resulting in a colored scan or a black and white strain map. I've attached an image of what I'm moreorless trying to capture but can't seem to produce. 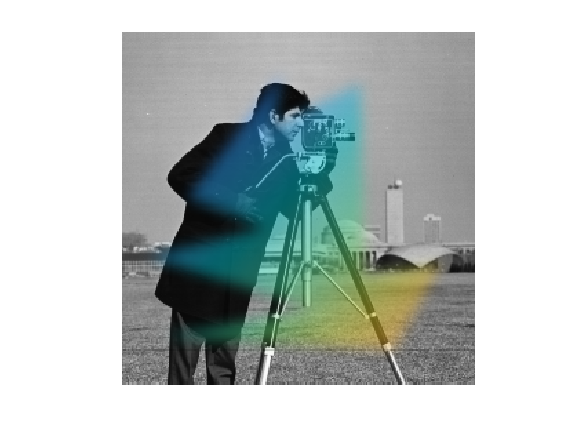 If you want both images to be colormapped independently, then you'll have to do it by overlaying two axes objects, since each axes can only have one colormap.

⋮
Worked perfectly, thank you!
For anyone that may reference this post: FGA.png is simply a transparency matrix that labels the values to show on the plot and their opacity. For my purposes, I detected where my strain map fit onto the image and filled the borders with NaN values, and then set the strain map to 0.5 as suggested in this answer.