Jae Won Han on 18 Aug 2022
⋮
Answered: Ankur Bose on 19 Aug 2022
When I build PX4 Firmware on another PC, there are problems that have never occurred. We are following the Guildline provided by Mathworks for Hardware Setup, and when we do Firmware build, it says No matching files named ~~were found as shown in the following picture.
I don't know why this problem occurs when I have the same file list as other PCs and build Firmware with the same build target.
Help me! 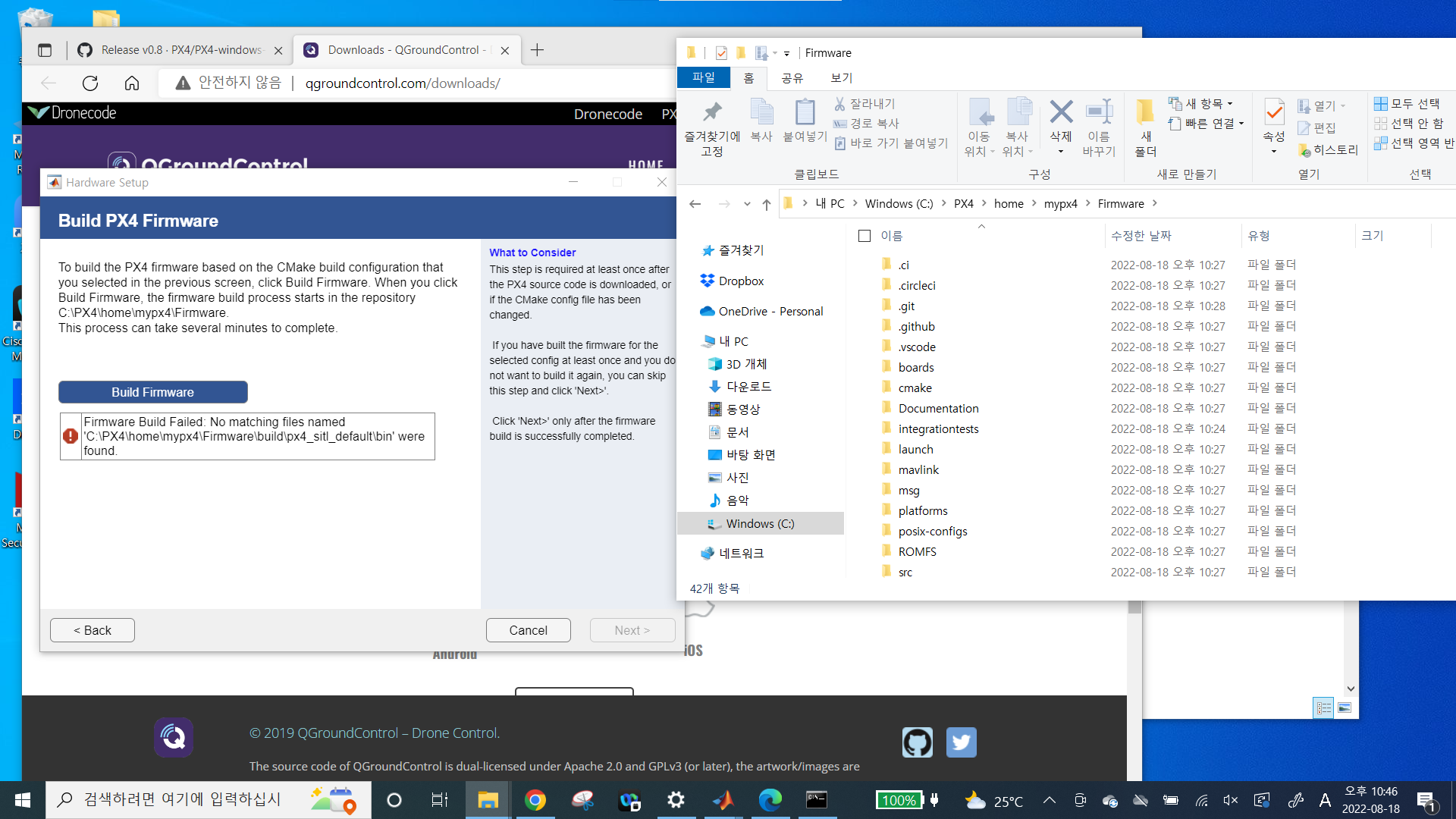 Ankur Bose on 19 Aug 2022
⋮
First thing I would suggest is build the Firmware using the Cygwin Terminal in the new PC. You can run the command make px4_sitl in Cygwin Terminal. If you get the same issue there as well, it likely suggests some issue with PC or the cloned Firmware. If the build goes through in Cygwin Terminal, then something is breaking in Simulink. In that case, you can reach out to MathWorks Tech Support