How to measure the curvature of object boundary?

sana3 sal on 20 Jun 2018
⋮
Answered: Preetham Manjunatha on 2 Aug 2021
Accepted Answer: Anton Semechko
Hello, I have tried the solution : https://www.mathworks.com/matlabcentral/answers/164349-how-to-calculate-the-curvature-of-a-boundaries-in-binary-images and i tried it on my image. it works, but i have to analyse the curvature. let's be clear, the first photo attached is representation for normal case of some inter-vertebrae discs. the second is abnormal case, where we can notice the disc bulge makes the curve. now in order to classify each one, we need to look at the curve in the upper part of the object, so that it will classify them automatically based on this. How i can represent this curve mathematically in order to make this automatic classification? or what does the plot means in my cases? 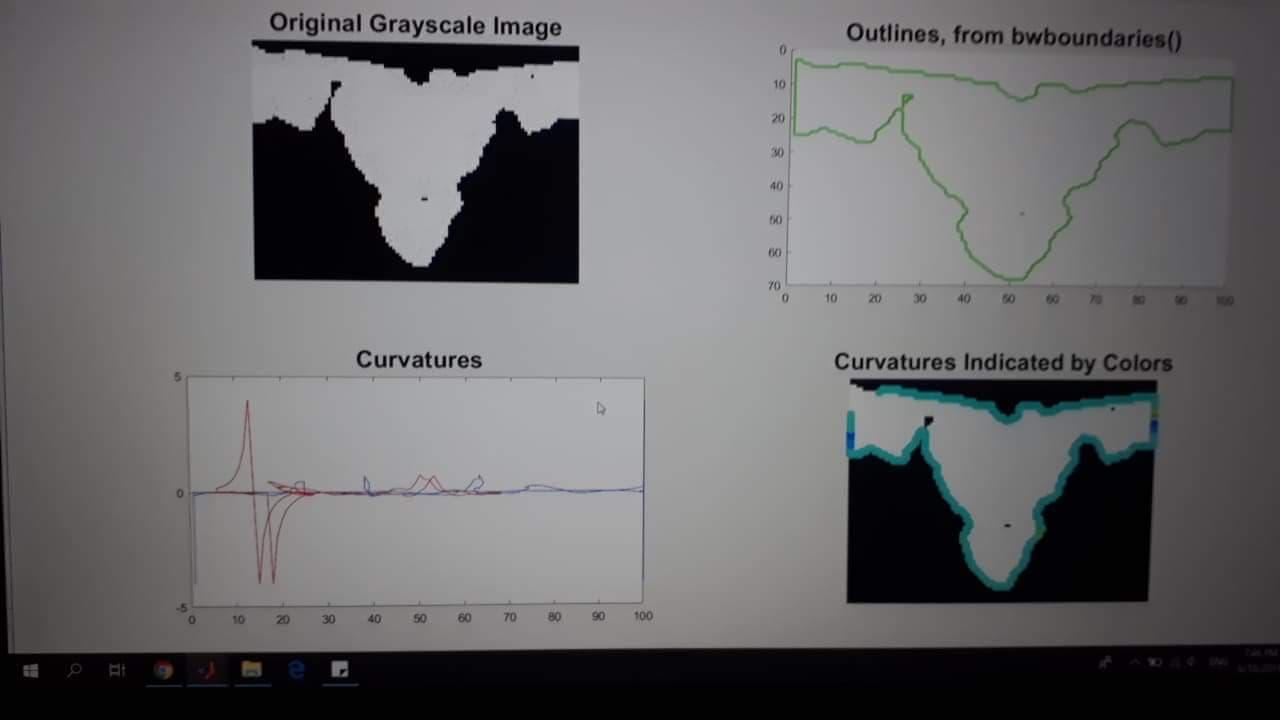 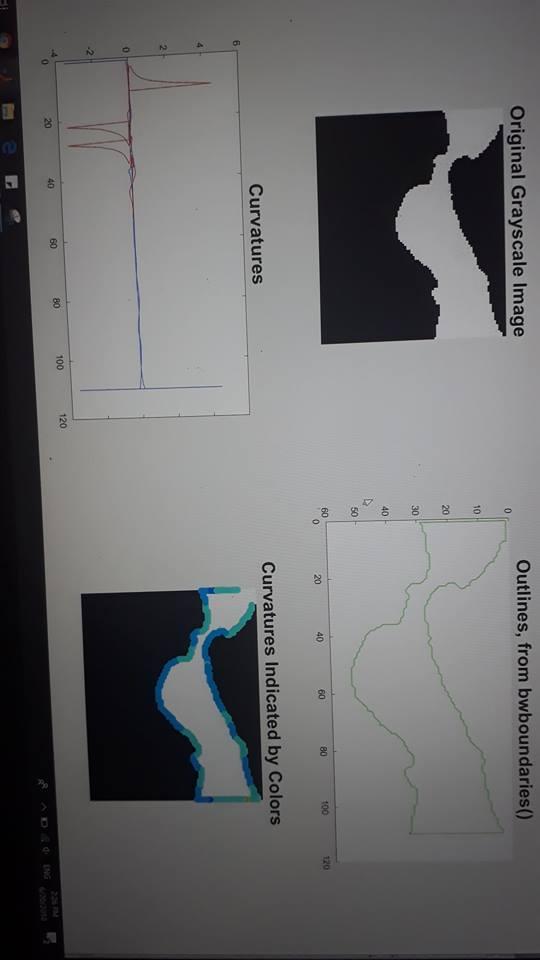 ⋮
Is there a reason you are using 2D cross-sections vs. 3D reconstructions of the vertebrae? If you use the former, computed curvature profiles will be sensitive to the orientation of the imaging plane. Furthermore, it will be difficult to consistently identify exactly the same portions of the vertebrae cross-sections you want to compare across multiple samples/subjects.

⋮
We suggested you this link: https://in.mathworks.com/matlabcentral/fileexchange/32696-2d-line-curvature-and-normals. What problem you have with this?

⋮
My problem with this solution: https://www.mathworks.com/matlabcentral/fileexchange/32696-2d-line-curvature-and-normals that i don't know how to extract the Vertices,Lines from my images!

⋮
You just made an edit. Is there anything there that is different from last June? We don't know, so we're assuming no change since June, since you didn't say.

⋮
I deleted the part that is related to my thesis

Anton Semechko on 21 Jun 2018
⋮
Thanks for the clarification. If I understand correctly, the features you seek should be extracted from an open-curve that represents dorsal portion of the interververtebral disk space. In this regard, I can think of a couple curvature-based features that can be used to discriminate between 'normal' and 'abnormal' cases. The first, and simplest, feature would be mean curvature of the curve (obtained by integrating curvature along the curve and dividing by the total arc length). When using this feature, one would expect that pathological cases would have higher mean curvature. Second feature would be a histogram of curvatures. This is a generalization of the first feature. One would expect that histograms of pathological samples would have thicker tails and modes shifted to the right. In any case, going forward, it would helpful if you posted some training data on here, so that I, and other people on here have something to work with.

⋮
This is exactly what i am seeking for! i don't know how to figure out the curvature of the upper part of the object in the image, also i am not good in math to define a function for the mean curve, so i need the help. here you are some cases for my work if you can kindly help me finding a solution. https://www.4shared.com/rar/Ktnth9aoee/data.html

⋮
Use "Attach File" option (has paperclip as thumbnail) to attach data on here. I can't get at the data using the link you provided.
Please post pre-processed (and ANONYMIZED) data! By pre-processsed data, I mean binary images containing segmentations of the region you want to classify. Make sure to exclude ALL personal identifying information from the data.

⋮
Here you are the BW segmented images

⋮
After the region of interest (ROI) is segmented, you can use function 'bwboundaries' to extract coordinates of the ROI boundary from the binary image. But before we get to that, are you sure that binary images you provided are good segmentations of the intervertebral disk-space? Can you reproduce these segmentations across all sample subjects?
For example, the segmentation in '13.jpg' looks very different from all the others.

⋮
Yes I am sure about that since each case is for different human, and the shape and size of the disc is differ. case 10 is normal while 13, 14 and 15 are abnormal where you can notice that there some parts missed in the MRI slice. I already did the edge detection to have the boundary coordinates as you can see in the last code. is that fine?

⋮
If the sample binary images you provided are indeed accurate representations of the region of interest, then using curvature-based features to discriminate between the normal and pathological cases is a bad idea. Given poor quality of the data, I am not sure what will work. Does anyone else on here have any ideas?

⋮
So what accuracy or quality do you expecting the data to be? those the attached are the original images before threshold binarization.

⋮
I think you are more knowledgeable in terms of anatomy. So I am not disputing the fact that the segmentations are correct. What I am saying, is that in view of the data, it will not be possible to extract anatomically consistent boundary profiles across subjects. Hence, using curvature-based features for this type of data is a bad idea.

⋮
I understand you, thank you for your guidance.

Preetham Manjunatha on 2 Aug 2021
⋮
Here this function measures the curvature and other shape properties. In addition, it displays the curvature.