version 1.0 (6.97 MB) by Oge Marques
Example of how to use MATLAB Experiment Manager to manipulate very large images in the context of computational pathology (CPATH).
https://github.com/ogemarques/cpath-matlab
0.0
(0)

This repository shows an example of how to use MATLAB to manipulate very large images in the context of computational pathology (CPATH).

It is structured in two parts:

The first part of this example shows how to read, display, explore, and organize WSIs (and their patches) in MATLAB. Thanks to the recently introduced blockedImage object, it is now possible to handle very large images without running out of memory. A blockedImage is an image made from discrete blocks (patches), which can be organized and managed using a blockedImageDatastore object and displayed using bigimageshow.

Part 2: Useful pre- and post-processing operations on WSIs in MATLAB

Since the goal of using deep learning techniques in CPATH is to produce solutions that are clinically translatable, i.e., capable of working across large patient populations, it is advisable to deal with some of the most likely WSI artifacts upfront, thereby increasing the abilities of the resulting model to generalize over image artifacts found in other test sets.

The second part of this example shows examples of preprocessing operations to handle commonly found artifacts in histopathology images as well as postprocessing morphological operations for improving the quality of the results at pixel level. Essentially, this example should help the medical image analysis community to create an image analysis pipeline for WSIs (and, as bonus, the ability to reproduce the code and examples described in a recent paper on this topic) using MATLAB.

It highlights the usefulness of MATLAB (and Image Processing Toolbox) functions such as: 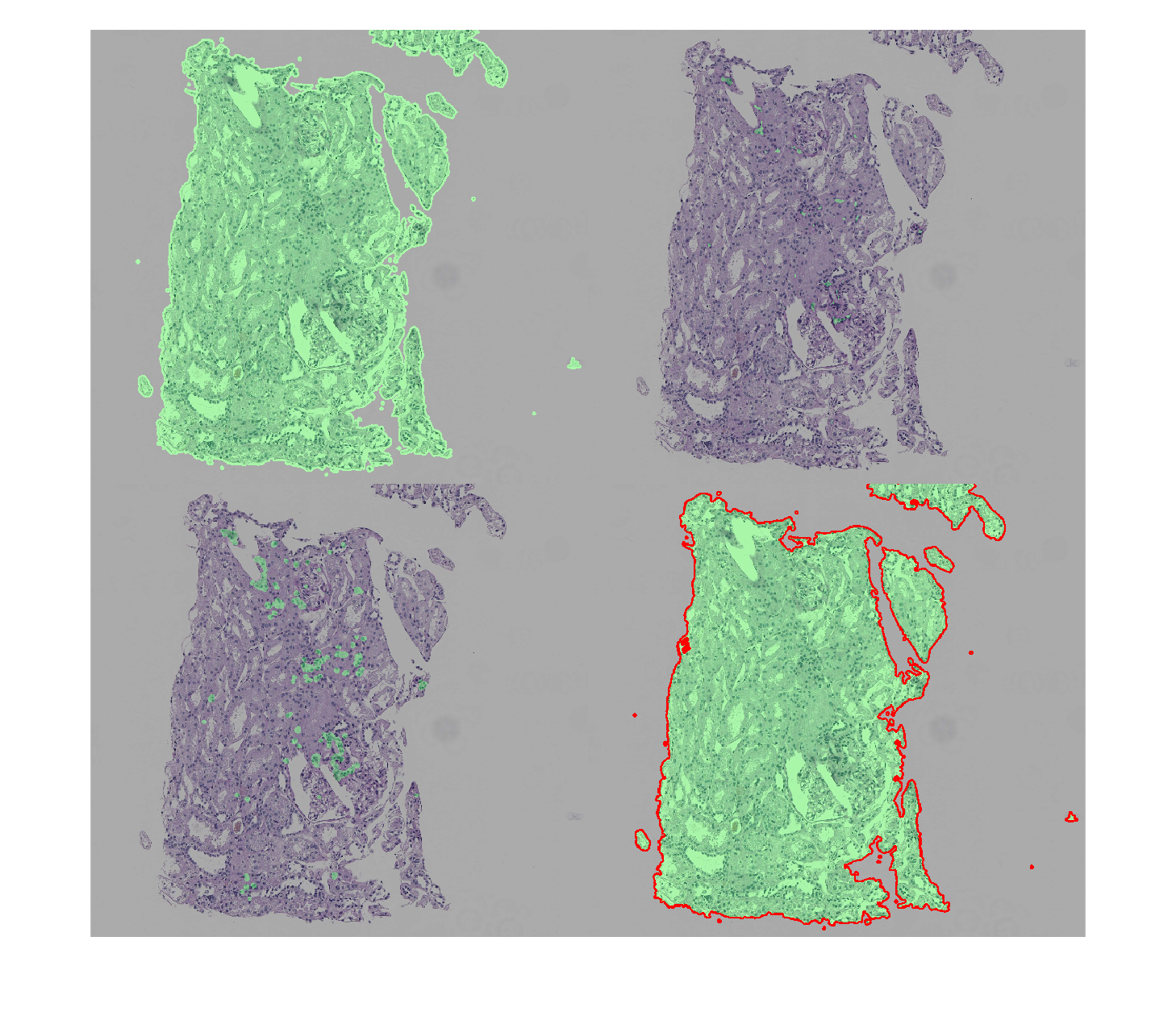 [1] These images are publicly available at (https://github.com/BHSmith3/Image-Cleaning).

Created with R2021a
Compatible with any release